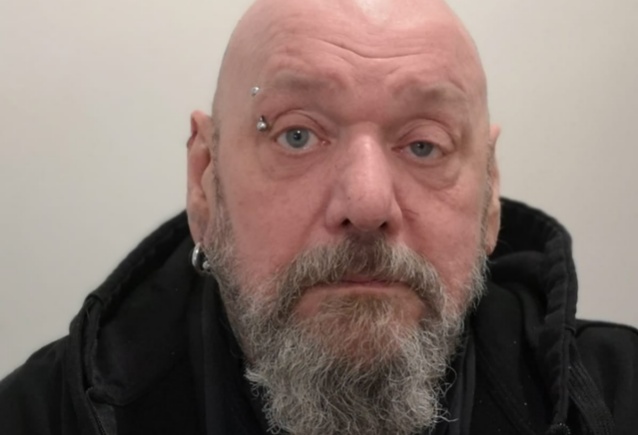 Former IRON MAIDEN frontman Paul Di'Anno, who has been receiving lymphatic drainage treatments in Zagreb, Croatia in preparation for his upcoming knee surgery, is "thrilled and very optimistic" about his progress after recently being fitted for a custom leg brace.

Stjepan Juras, a MAIDEN fan and author of many MAIDEN-related books, who is taking care of Paul during his stay in Croatia, has issued the following update regarding Paul's condition: "After more than five months of Paul's stay in Croatia, Croatian medical team at Poliklinika Ribnjak - centar za ortopedsku medicinu i sportsku dijagnostiku came to final and definitive conclusions about Paul's overall condition and what his further recovery might look like.

"Paul's progress in treatments is really visible and he recently tried a new orthosis that allows him to walk better. Paul took his first steps with an orthosis and he is thrilled and very optimistic with progress, because every day he walks better and better. The orthosis is further adjusted, according to Paul's requirements, and he is now doing intense walking exercises with it, in order to walk completely on his own in May or during the summer of 2022.

"As we all know, Paul's first knee surgery was planned in late April 2022. It was about removing the cement from the knee, so that his venous circulation would be good again, which is a prerequisite for a successful second operation, a revision operation to install an endoprosthesis or an artificial knee. For the purpose of the planned operation, in accordance with the rules of the profession, diagnostic processing was performed which showed serious hidden problems with circulation and that is why the cement removal operation is necessary, because it complicates plans for already complex surgery and encourages constant swelling of the leg. Figuratively speaking, the situation in Paul's knee resembles a 'war zone'. Paul has no joint, the spacer presses on the veins and the leg swells as a result. Staff in Poliklinika 'Ribnjak' has been making tremendous recovery efforts for over 4 months. Therefore, the removal of spacer in the knee should be performed in order to reduce the pressure on the venous circulation and thus reduce the swelling of the leg. That is basic. In this way, healthy relationships are achieved for further recovery and possible second endoprosthesis implant surgery.

"Dr Milošević said to us: 'At the moment, we are of the opinion that we should wait with such an operation, because depending on the reaction and recovery of the body, it can occur in a few months or even years, and sometimes the conditions are not created at all. Paul's desire for recovery in just four months is very visible, so we all agree that this operation should be considered. The first of the steps is an orthosis, which Paul is now using and he is practice walking intensively.

"The second step is the previously mentioned surgical procedure to remove spacer, ie cement in the knee, which would enable the connection of bones into a kind of so-called 'pseudarthrosis'. Such a joint, in addition to Paul's specially designed orthosis, can allow it to move independently and much easier. That idea was suggested to Paul and he agreed. However, just before that operation, which was supposed to take place in a few days, a detailed treatment of his blood vessels was done, the so-called angiography, which showed good arterial circulation but also compressed leg veins. But the most important novelty in these preparations for surgery is that a rather large thrombus (blod clot) was found in his pelvic vein.

"A thrombus, as we all know, poses a great danger of embolism if surgery is performed, which can end in heart attack, stroke (…) or death. The existence of this thrombus is a new finding, which has not been discovered so far and drastically changes the whole treatment situation, however, fortunately, it is not an obstacle to further treatment if we make good preparations and prevent the danger.

"According to the rules of the profession, if a space removal operation is performed, it is necessary to insure Paul against possible embolism by installing a so-called special 'umbrella' in his body, specifically in the vena cava. This procedure is performed by vascular surgeons, practically at the same time as the spacer is removed, which means that this operation must be done with a whole team of coordinated operators of various disciplines and that it is an extremely difficult and demanding task. After that operation, it is necessary to stay in the hospital for about 14 days. Such surgeries carry some risk; however, this is the only correct way of surgical treatment if one wants to act properly and not put Paul in life-threatening condition. The cost of installing an 'umbrella' in a vein costs several thousand Euros, plus cost of the hospital, but we will, with our colleagues, try to find the best prices and conditions, so as not to burden your budget for the treatment.

"Mr. Juras and Paul are informed about the whole situation at the meeting with the medical team and it was concluded that, given all the information, it is best to continue with Paul's verticalization until the conditions for the first operation are created. Paul will be in much better shape by rehearsing and walking after his concert on 21.05. depending on his desire and possibilities of operations can be in May or June 2022 or whenever he choose. Our recommendation is that it be shortly after the concert, because Paul will already be in much better shape with walking and moving. An orthosis made especially to his measurements can be worn for a long time, months or even years without any problems.'

"Also, Paul on Thursday, April 28th will begin a complete tooth reconstruction. Due to impaired health and accelerated decay, encouraged by long-term use of heavy medical, Paul's teeth rotted, mostly fell out and in order to resume a normal life and be able to bite normally, dental reconstruction is necessary. He has been suffering from huge, constant pain in recent months, and now a top Arena Stomatološka Poliklinika team has been selected to take care of Paul and completely reconstruct his teeth with a very complex procedure. At the clinic, they came out to meet the prices that Paul says are at least four times lower than in the UK, for which we are grateful. By the end of April, Paul will have mostly new teeth, but the second part of the procedure (because the rules of the profession after the installation of 4 implants require it),will finally be finished in about six months. As early as the beginning of May 2022, we will be able to see Paul's new smile, which will greatly contribute to self-confidence, a better atmosphere and extra strength ahead of important knee surgery.

"At the very beginning, none of us was aware of how severe Paul's condition really was, but his treatment showed that and that is why the treatments and recovery take longer. Precisely because of this, the initial estimate of the funds that should have been spent on recovery was lower, and this is precisely the reason why the campaign is being reactivated. It will be conducted in the current way of raising funds at this website created by Kastro Pergjoni.

"We strongly urge you to click and help as much as you can.
Also, on www.maidencroatia.com a new signed book will be launched!
Also, special event t-shirts (strictly limited edition) and his new single 'Stop The War' on DVD together with 'Stop The War' Video will be presented at Paul's concert in Zagreb. DVD single will also be strictly limited and signed by Paul Di'Anno and his band mates from the new band WARHORSE. We ask all those who can help in one way or another to get involved. This is the right time to save one life!"

Hello everyone
After more than five months of Paul's stay in Croatia, Croatian medical team at Poliklinika Ribnjak -... 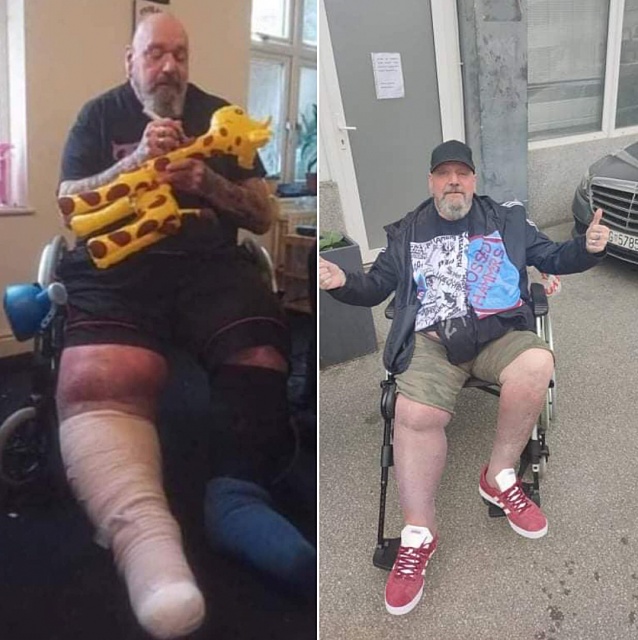