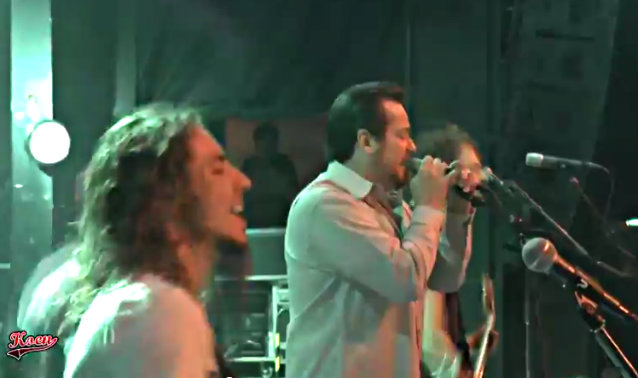 Former KYUSS and current VISTA CHINO frontman John Garcia joined the Dutch band KOMATSU on stage at Speedfest in Eindhoven, The Netherlands on November 23 to perform the song "July" from Garcia's previous group SLO BURN. Professionally filmed video footage of his appearance can be seen below.

The band's sound has been compared to that of such groups as QUEENS OF THE STONE AGE, TORCHE, MASTODON, MONSTER MAGNET and KARMA TO BURN.