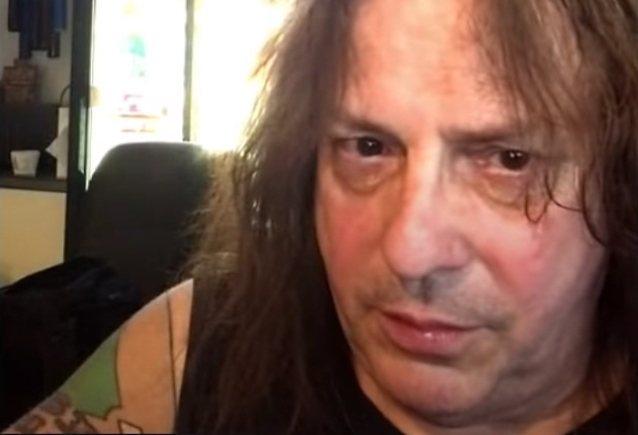 Former MANOWAR guitarist Ross "The Boss" Friedman has blasted the current version of the band, calling them "mediocre fucking pieces of shit" and dismissing the group's recent musical output as "terrible."

Friedman discussed his time with MANOWAR during an interview with Waste Some Time With Jason Green. Recalling the circumstances surrounding his exit from the group more than three decades ago, he said (as transcribed by BLABBERMOUTH.NET): "When a band gets big and the money hits, greed, avarice and evil takes place. A guy that I thought was my partner wasn't," he said, referring to MANOWAR leader and bassist Joey DeMaio. "So he wanted me [out]. He goes, 'You've gotta go.' I go, 'Really? I've gotta go why? I've gotta go why? We're equal partners, 50 percent. Why do I have to go? Why don't you go?' The whole thing is he was so — his antics and his bullshit was so insane that I had it up to [my neck] with him. When you have it up to [your neck] with someone, you've just gotta go, 'Get the fuck outta here. I can't take this anymore.'

Ross went on to say that he has never been approached about returning to MANOWAR. As for whether he would consider playing with the band again, he said: "Well, if the financial arrangements were right. But [Joey is] the kind of scumbag that would never have that… I'll never say no, but you never know. I just called him a scumbag, so… It's not gonna happen. He's secure in the fact that MANOWAR are mediocre fucking pieces of shit right now. What they're putting out to the public [is] just terrible."