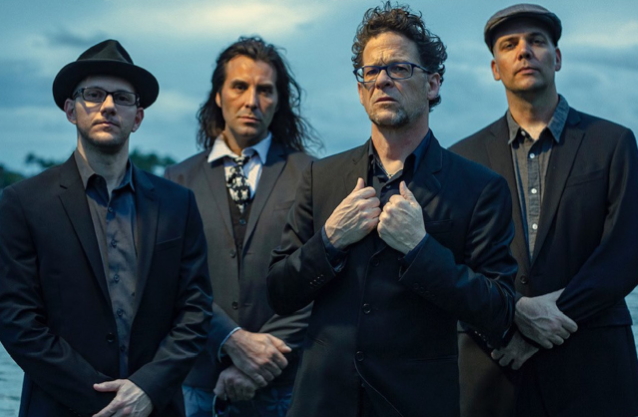 Former METALLICA bassist Jason Newsted and his CHOPHOUSE BAND played two separate benefit shows at the Lighthouse ArtCenter in Tequesta, Florida on February 15 and February 29. Video footage of both performances can be seen below.

Jason told the Palm Beach Florida Weekly about THE CHOPHOUSE BAND: "We all get along great because there's not money involved. They've got their own bands, their own families, their own gigs. We do benefit gigs, six a year, and that's it. I record and write and play songs the whole rest of the time. They could all run circles around me musical theory-wise. They could tell you everything they’re playing, and all the relating chords. I surround myself with the bad-asses, and they make me look really good. I'm playing cowboy chords the whole time, and they're doing their fancy shit to make me look good. I just concentrate on singing, and getting across the things I want people to hear."