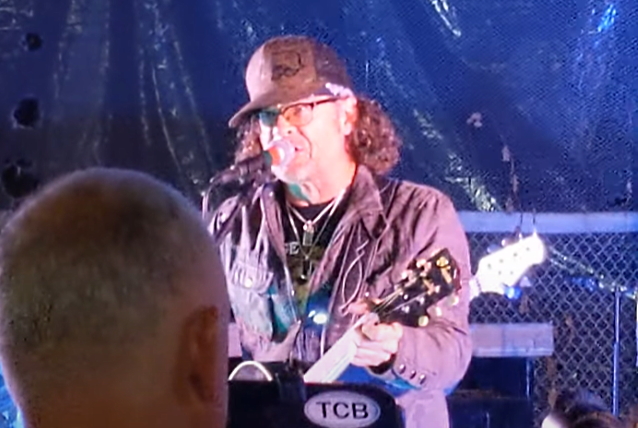 Former METALLICA bassist Jason Newsted performed with the MERE MORTALS at the 2021 Skaneateles Fire Department Field Days on September 5 in Skaneateles, New York. Video footage of his appearance can be seen below.

Seven years ago, the now-58-year-old Newsted canceled an appearance at Australia's Soundwave festival with his band NEWSTED, citing "private and personal circumstances." The cancelation followed more than a year of intense touring and promotional activity surrounding the release of NEWSTED's "Metal" EP and follow-up album, "Heavy Metal Music", both of which were positively received by the critics and fans alike.

After staying mostly out of the public eye for a couple of years, Newsted rejoined Canadian metal innovators VOIVOD on stage during June 2016 concert at Slim's in San Francisco, California. He has since formed a couple of new acoustic projects, one of which completed a short West Coast tour.