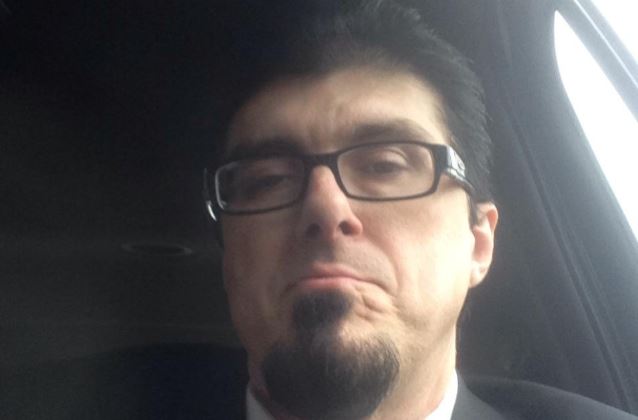 Several months before his passing, former OBITUARY bassist Frank Watkins spoke to U.K.'s Zero Tolerance magazine about his battle with central nervous system lymphoma, with which he was diagnosed back in 2012. During that time, his treatment meant that he was non-stop sick for around two years straight. "And then [the cancer] went away and I was so happy," Frank told Zero Tolerance writer John Norby. "I thought, 'Oh my God, I can't believe I got rid of it. Things are looking up.' Then I just got word a couple of weeks ago that it's back. Fuckin' really gutted."

He continued: "I've got kids and a wife and they don't need to see that. And what really sucks is that I'm a strong person, a strong-willed individual, and I feel weaker than I ever have in my life. I haven't got an ounce of strength in me and I've been getting weaker, because I haven't had treatment yet. But the most important thing is to stay positive."

Watkins added: "It's a disease that a lot of people are getting these days, especially people of my age. And people ought to know that it's not always as bad as it really looks. It might be hard but you can deal with it and fight it. But you need to stay real positive. Last time, I wasn't even thinking that I was going to die, that I had cancer, that I was sick. Even when I had mouth sores and all these cuts and bruises all over my body I was just like, 'I don't care. I'm going to get through this. I'm going to live. I'm going to make it.' And I did. And I'm going to be able to do it again."

The bassist started playing music at the age of 12 and joined OBITUARY in 1989, after the recording of the band's debut album, "Slowly We Rot". His first album with the group was their landmark 1990 LP, "Cause Of Death". OBITUARY broke up in 1997, but Watkins reteamed with his bandmates in 2003, and stayed with the group through the recording of 2009's "Darkest Day" LP.

Watkins left OBITUARY in 2010 on acrimonious terms and was eventually replaced by Terry Butler.

Frank was also involved in managing, mentoring and guiding other bands and musicians through his management company Back From the Dead Productions, which he launched in 2007.

In late 2007, Watkins became the bassist of Norwegian black metal band GORGOROTH, and in 2009 he participated in the recording of the GORGOROTH album "Quantos Possunt Ad Satanitatem Trahunt". He made his live debut with the band at the Hole In The Sky festival in Bergen on August 29, 2009. This was the first concert GORGOROTH had performed since September 2007.

Pictured below: Frank Watkins in hospital in 2012 while getting treatment for cancer 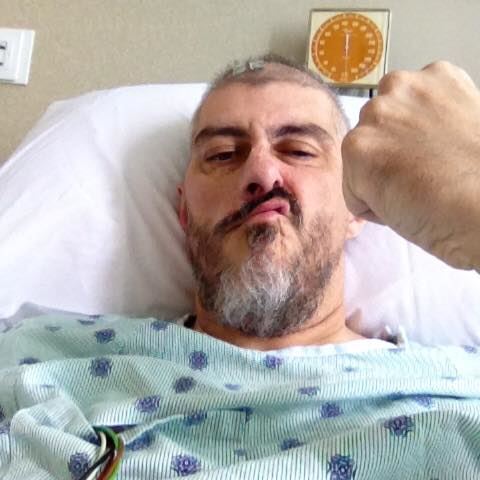