The first single from the disc, "Desecration", can be streamed below.

Gustafson describes the song as "a bit of old-school thrash with a touch of the newer, groove-oriented metal. It refers back to a song I did on [OVERKILL's] 'Under The Influence' called 'Drunken Wisdom'," he said. "[Late PANTERA guitarist] Dimebag Darrell said it was a big influence on him."

In addition to Gustafson's signature sound and razor-sharp riffs, "Destruction Ritual" features various friends and musicians with whom Gustafson has worked and whose work he has admired. The new release includes contributions from longtime drummer Jim McCourt and singers Dan Ortega and Paolo Velazquez.

"Destruction Ritual" was recorded at Powerstation Studios, with Gustafson taking on all guitar and bass duties.

"I am just looking to concentrate on writing the best music possible," he said. "Looking to bring back some old-school thrash with some new twists. Good songs always rise to the top."

"I am very excited to be working with Bobby again after all of these years," said Megaforce's Missi Callazzo. "His early work has been the benchmark for all thrash artists to follow. He continues to innovate with his newest album and I am glad to be a part of getting it to the fans."

Themes of religion, war, Nordic culture, history and revenge combined with roughly hewn thrash metal provide the solid foundation upon which Gustafson built SATANS TAINT. Named with tongue implanted firmly in cheek, Gustafson challenges the establishment and those who take themselves way too seriously with the project.

SATANS TAINT was formed in 2014 in South Florida by Gustafson, who was also a featured player and performer with CYCLE SLUTS FROM HELL and SKREW.

SATANS TAINT's debut, "Axe To The Head Of My Enemies", was released independently in 2017. 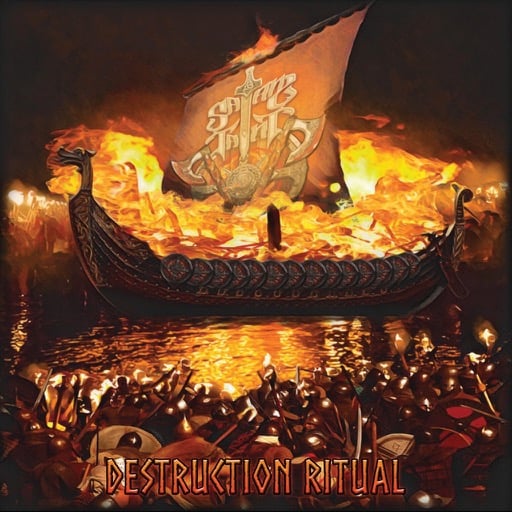