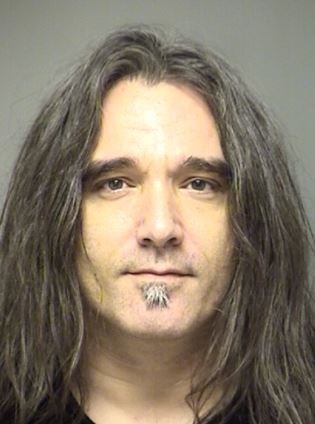 According to The Pulse Of Radio, ex-PEARL JAM drummer Dave Abbruzzese has taken to Facebook to once again blast the Rock And Roll Hall Of Fame, following the official announcement of the band's induction into the Hall on Tuesday (December 20). Abbruzzese has not been included in the Hall's list of members who will be inducted, with just original drummer Dave Krusen and current stickman Matt Cameron making the cut out of the five who have spent time behind the kit for the group.

Abbruzzese wrote: "My friend Kari posted the following… 'So… Rock & Roll Hall of F**ktardia. Ergh. It makes absolutely zero sense to me… As the original ballot is created, the members of each eligible band are determined by largely who was present and active during the most influential recording years. I'm not sure how 275+ live shows and 38% of record sales doesn't fit their criteria…'"

Abbruzzese added in his words: "The qualifications required for me to have been inducted with my former band mates certainly have been met. I challenge anyone to justify why I am not worthy of a place in the history of PEARL JAM. The official reason given from the RRHOF makes it bullshit. It makes my years of hard work appear to be worthless towards the success born of the formative years of PEARL JAM. This is simply not the case."

The drummer cited the band's Grammy, American Music Award and MTV Award wins, sales of more than 20 million albums, two "Saturday Night Live" appearances and more than 275 shows during his tenure before continuing: "For anyone to take a stand for denying my right to be recognized, I deserve to hear how you are possibly justifying such an absolute travesty."

PEARL JAM guitarist Mike McCready told The Pulse Of Radio that the decision of who gets included is in the hands of the Hall Of Fame. "You know, it's not our choice, so it's kind of like, it's up to what they want to do and I don't know what their process is of pulling people back onstage and who gets up there or not, so that's… I don't think we have a choice in that. Dave Abbruzzese was definitely an integral part of our band for when we were coming up, and he was there when we were hitting really hard. But it's kind of their choice, that's the paradox there."

Abbruzzese initially wrote online when the band was nominated in October, "The members of PEARL JAM have got to know what's the right thing to do. They can't justify ignoring my contributions. Like me or not."

Abbruzzese joined the band in 1991 for the "Ten" tour, and played on two of the band's biggest and most important albums, 1993's "Vs." and 1994's "Vitalogy". His stint with the group ended that year, after which Jack Irons came on board for a four-year run. Irons and brief interim drummer Matt Chamberlain have also been left out of the induction list.