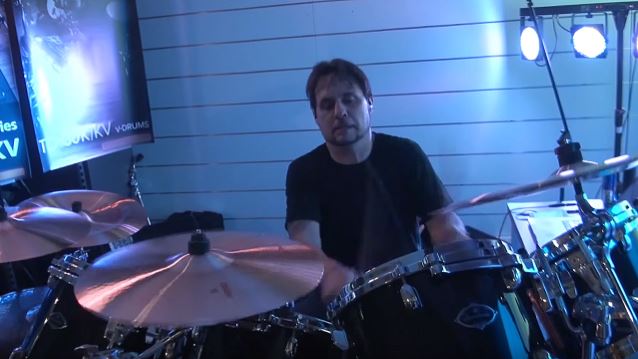 A video recap of Dave Lombardo's (SLAYER, PHILM) October 2015 "The Repercussion Of Dave Lombardo" clinic tour of Australia can be seen below.

Lombardo is deemed one of the most influential drummers of our time. Born with extraordinary musical aptitude, Lombardo was intuitive to rhythm at a very early age. His musical awareness has continued to transcend the repetitive formula of metal throughout his formidable career. His mentors include an eclectic array of percussion icons such as Ginger Baker, Bill Ward, Tito Puente, Gene Krupa, Buddy Rich, Mongo Santamaria and John Bonham.

Lombardo is most widely known as an aggressive and exceptionally skilled heavy metal drummer, but over time he has proven that his unique gift far surpasses the confines of being labelled.

Dave's style has been called "astonishingly innovative," "strikingly fast" and "unmistakably powerful." He has earned the title "The Godfather of Double Bass." Lombardo's unmatched combination of technical flair and outright speed has made him the yardstick against which all subsequent metal drummers are fated to be measured.

As an original and founding member of SLAYER, Lombardo has performed with SLAYER on seven albums, including their ground-breaking 1986 release "Reign In Blood" and their 2006 release "Christ Illusion", for which he received critical praise. Dave's musical career has spanned more than 30 years, during which he has been involved in the production of 30 commercial recordings spanning a number of major genres with bands such as FANTÔMAS, GRIP INC., TESTAMENT, John Zorn and PHILM, in addition to SLAYER. Lombardo's most recent endeavors have found him in a variety of compelling adventures. From recording the drum tracks for "Californication" (Season 7) alongside the incomparable Tyler Bates, to lending his talent to the soundtrack of "Insidious: Chapter 3" at the side of captivating yet sinister composer Joseph Bishara, to performing amidst a 75-piece orchestra by request of the esteemed composer Christopher Young, to writing a score for a soon-to-be-released Disney pilot.

Lombardo is out to shatter all preconceptions of what it is that he has to offer the world. 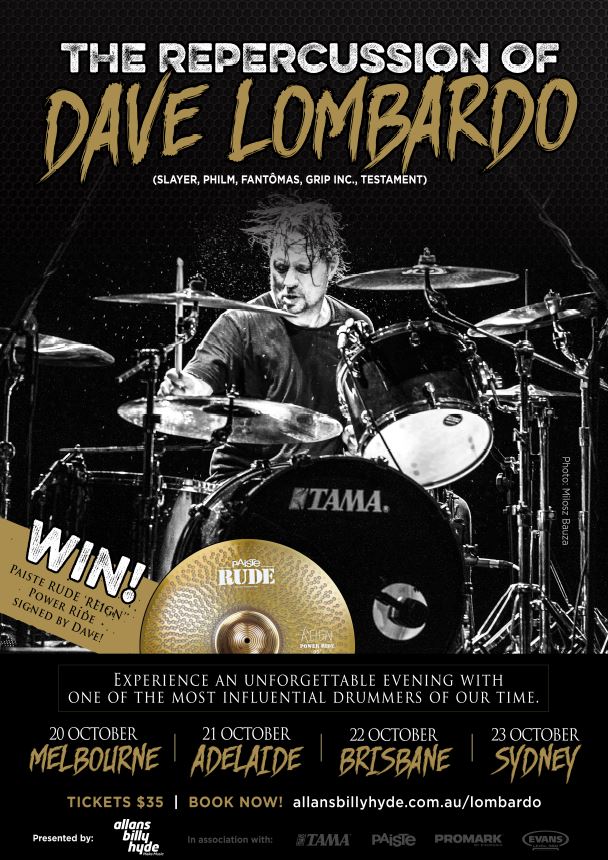