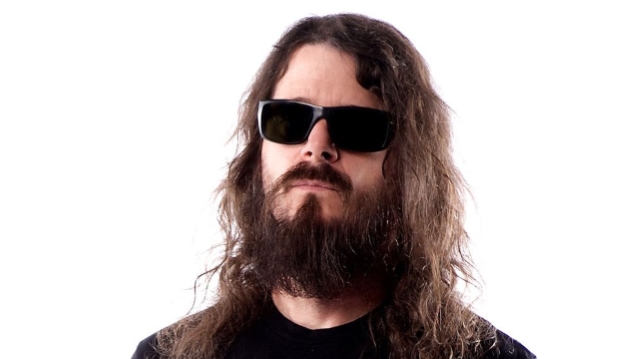 Paul Bostaph says that he is working on a musical project with a "friend" of his who is "very familiar" to everyone.

The former SLAYER drummer addressed his future plans while responding to a fan question on Instagram.

Asked if he has any "post-SLAYER projects" in the works, Bostaph responded: "yes! Something is brewing with a friend of mine that is very familiar to you. I'll give you 3 guesses..."

One of the "guesses" came from Bostaph's colleague, current OVERKILL drummer Jason Bittner, who chimed in with "Kerry, Gary and Anselmo cmon - everyone knows by now!", referring to a rumored new band featuring Bostaph, SLAYER guitarist Kerry King, SLAYER/EXODUS guitarist Gary Holt and former PANTERA frontman Philip Anselmo. (It should be noted that Holt has stated in recent interviews that he is focusing on EXODUS for the foreseeable future, making his involvement in such a project unlikely.)

Bostaph, who has also played with EXODUS, TESTAMENT and FORBIDDEN, didn't comment on any of the guesses, but he did reveal in his original Instagram post that he had "a surprise coming next week to hopefully help with the boredom" during the coronavirus downtime. He also urged everyone to "please stay home no matter how hard it is to be cooped up all day."

King recently hinted at new music, saying that he's not quite ready to hang it up.

SLAYER played its final concert on November 30, 2019 at the Forum in Los Angeles.

Several years ago, King told Fuse about Bostaph: "Paul, I mean, he's a machine. I don't worry about him at all. He never would have been out of SLAYER if he didn't quit twice. It was never over anything personal — he was always my friend — so it was very easy for him to come back and be a part again." 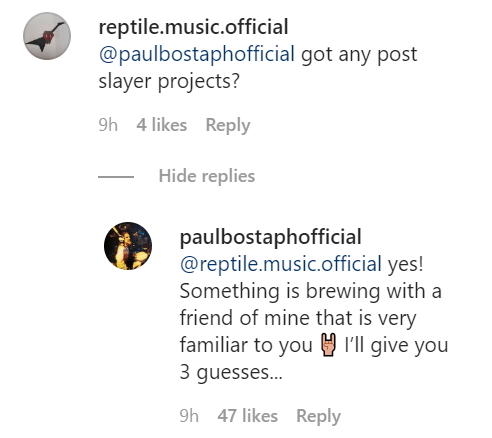 I figured this was a good time to do some home improvements. I’m hoping that we knock this spike down! Remember, we are all in this together. It’s affecting us all. Please stay home no matter how hard it is to be cooped up all day. Let’s do it for each other and our elders as well. I have a surprise coming next week to hopefully help with the boredom. Wishing you all... All The Best! #stayhome #stayhealthy #staysafe #staypositive