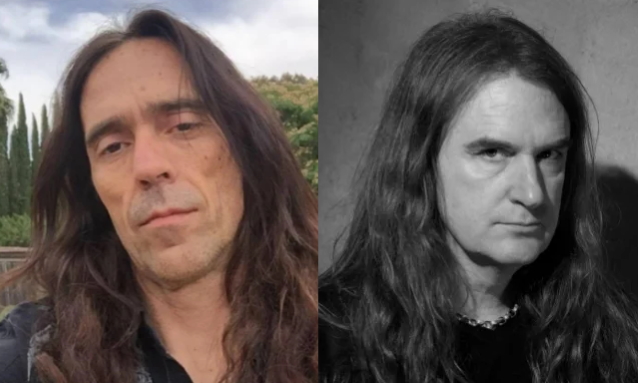 Former TESTAMENT bassist Greg Christian has weighed in on David Ellefson's dismissal from MEGADETH, saying "sometimes there are consequences to doing stupid shit."

Christian — whose acrimonious January 2014 exit from TESTAMENT was well publicized on these pages — addressed MEGADETH's decision to fire Ellefson while responding to questions on Facebook about his possible interest in auditioning for the vacant spot in the Dave Mustaine-fronted band.

On Monday (May 24),Christian took to his Facebook page to share MEGADETH's statement about Ellefson's departure, and he included the following message: "Before anyone else messages me about this ... I kinda feel bad for Ellefson about this but sometimes there are consequences to doing stupid shit. But whatever that's their issue not mine.

"My issue is: I'm about 99% certain that Dave (M) only wants a bass player that uses a pick. No fingers. In that camp, Dave is the General. He does what he wants and gets what he wants.

"I can play the shit out of the bass with my fingers but I'm pretty much useless with a pic. It is what it is. If it were different, my broke ass would've already reached out to him. C'est La Vie ... it'll be a good gig for someone. And I wish David (E) the best. I think it's unfortunate things ended up like this (but it's not unexpected)".

MEGADETH fired Ellefson on Monday, two weeks after the leak of the bassist's messages and videos featuring a woman who is not his wife.

Earlier in the month, sexually tinged messages and explicit video footage involving Ellefson were posted on Twitter. The longtime MEGADETH member later released a statement on Instagram denying all social media chatter that he "groomed" an underage fan.

Ellefson was in MEGADETH from the band's inception in 1983 to 2002, when the group briefly broke up because Mustaine suffered severe nerve damage that left him unable to play.

Before anyone else messages me about this ...
I kinda feel bad for Ellefson about this but sometimes there are...