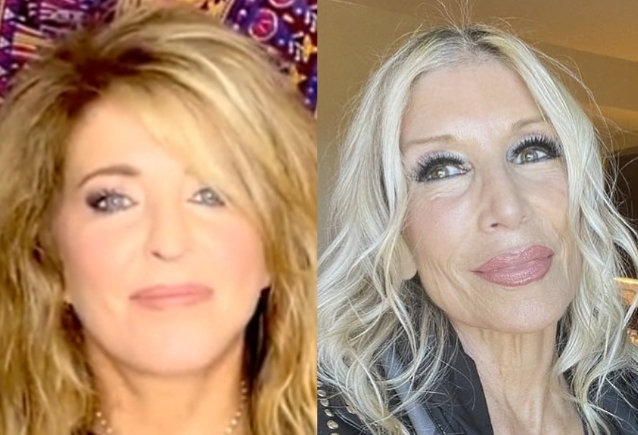 Janet Gardner has opened up to SiriusXM's "Trunk Nation With Eddie Trunk" about her departure from VIXEN. The singer, who released her debut self-titled solo album in 2017, broke the news of her exit in a social media post in January 2019.

Elaborating on her reasons for leaving the band, Janet said (as transcribed by BLABBERMOUTH.NET): "The summer of 2018 was insane with life in general. 'Cause between [me and my husband Justin James], we have three kids [and regular] jobs… And [Justin and I] were doing our [project]. And VIXEN, we were doing tons of the great, the big festivals — we did Graspop, we did Sweden Rock, we did a whole bunch of… Barcelona, whatever… Lots of stuff was going on. And we were still trying to do shows. It was just insane. And I was so stressed out. I literally went to work — my job as a dental hygienist — didn't have time to change clothes. Went to [John F.] Kennedy airport [in New York], got on a plane, flew to Spain. Then we did a bunch of shows. We had a 2:30 in the morning lobby call, and we got to Germany and had to get in a van and drive and do a 90-minute show. I couldn't do that when I was 25. And then a few other times, [Justin and I] had a show and then I had to get on a plane and fly somewhere else and do a VIXEN show, like, in the afternoon. And literally one time I didn't even get a shower. I wore my makeup from the night before on stage the next day. It was that bad. No sleep, no nothing."

Janet went on to say that she is still on good terms with her former bandmates in VIXEN. "Absolutely. I love 'em to death," she said.

When Janet announced her departure from VIXEN, she said in a statement that it was time for her to step aside and let drummer Roxy Petrucci and bassist Share Ross "pursue their vision for the future of VIXEN."

Asked if she had anything to do with Lorraine replacing her in VIXEN, Janet told "Trunk Nation": "No. It was totally their call. I expected it. She filled in when I had brain surgery. And they were all comfortable together. Roxy had worked with Lorraine in a different project. Share had worked with Lorraine in a different project. So they all knew each other, and I wasn't surprised at all that that's how it all happened. And I love Lorraine — I think she's great. She's a great singer, a fantastic talent, great frontwoman and a nice person. So I'm happy for them — all of 'em."