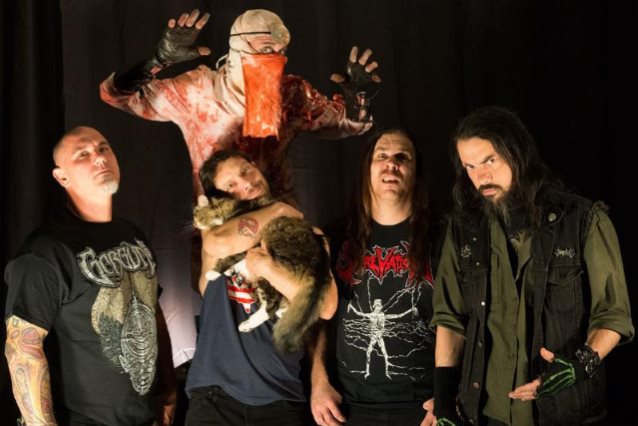 "Lifeless", a brand new video from gore metal maniacs EXHUMED, can be seen below. The song is taken from the band's new album, "Death Revenge", which will be released on October 13 via Relapse.

EXHUMED frontman Matt Harvey comments: "Following sequentially through the album's track list, we are stoked to lay 'Lifeless' on you. 'Defenders Of The Grave' is the introduction for the tale of 'Death Revenge' and 'Lifeless' sets the actual plot that continues for the rest of the record in motion. Fitting with the vibe of the storyline as a whole, the clip focuses more on story elements and vibe rather than close up shots of guitar-noodling. I think it sets the tone nicely."

EXHUMED's sixth full-length sees them tread into ambitious new territory with their first concept album: a musical melodrama in thirteen parts based on shocking true events. "Death Revenge" takes place in the late 1820s in Edinburgh, Scotland and tells the macabre tale of a series of brutal murders where the victims' cadavers were sold to anatomists, amid a grisly underground trade of grave robbery. Recorded with producer Jarrett Pritchard (GOATWHORE, ETERNAL, GRUESOME),the disc takes the band's signature gore-drenched, death metal mayhem to theatrical and ghastly new depths. Cover illustration is by Orion Landau, with interior illustrations by Lucas Ruggieri.

EXHUMED recently announced a short run of live dates in November with THE BLACK DAHLIA MURDER, SUFFOCATION, DECREPIT BIRTH and more as well as a performance at Ozzfest Meets Knotfest on November 5 in San Bernardino, California. 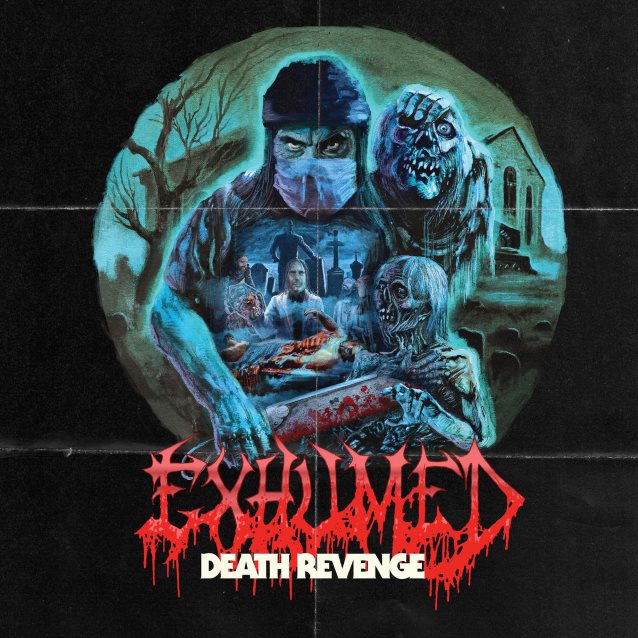