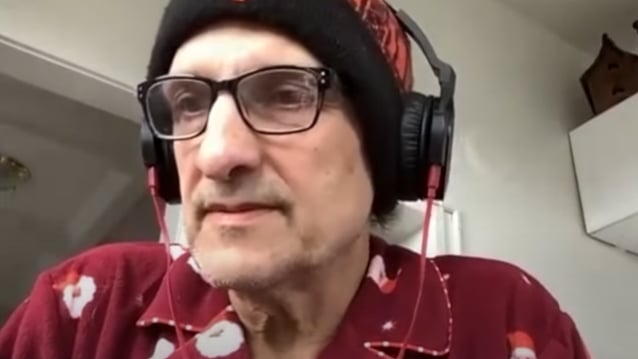 EXODUS drummer Tom Hunting has opened up about his battle with squamous cell carcinoma (SCC) of the stomach.

The 56-year-old, who underwent a successful total gastrectomy in July 2021, discussed his ordeal during an appearance on "Put Up Your Dukes", the new podcast hosted by ex-EXODUS singer Rob Dukes. He said (as transcribed by BLABBERMOUTH.NET): "Through that, they also found mesothelioma on my abdomen, and I got surgery for that too. And that's kind of what they're keeping an eye on now. And I'm getting immunotherapy.

Hunting went on to say that he is "down with the science," adding that "it's taken me this far. And I get to live."

Tom told Rob that he wants to use his experience as a cancer survivor to interact with others who may be going through a similar situation.

"Persona Non Grata" is the follow-up to 2014's "Blood In Blood Out", which was the San Francisco Bay Area thrashers' first release since the departure of Dukes, and the return of Steve "Zetro" Souza, who previously fronted EXODUS from 1986 to 1993 and from 2002 to 2004.