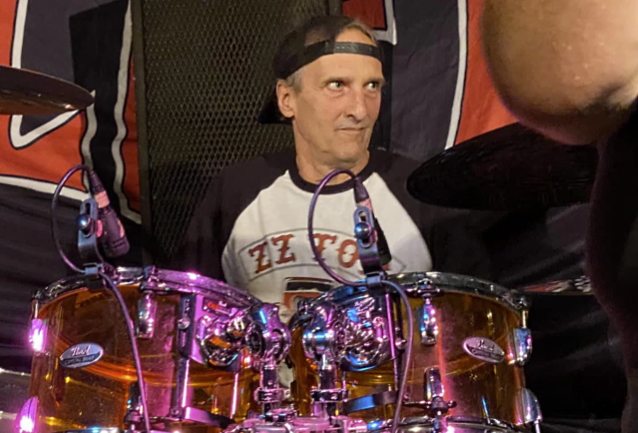 EXODUS drummer Tom Hunting joined HELLHUNTER on stage last night (Saturday, September 18) at Thee Parkside in San Francisco, California to play the classic EXODUS song "Metal Command". The concert was a benefit event for the 56-year-old musician, who performed live for the first time since undergoing a successful total gastrectomy in July in his battle with squamous cell carcinoma (SCC) of the stomach. Also appearing with HELLHUNTER was DEATH ANGEL drummer Will Carroll, who contributed lead vocals.

Last month, EXODUS tapped John Tempesta to play drums for the band at Psycho Las Vegas on August 22 in Las Vegas, Nevada and at Full Terror Assault on September 11 at Hogrock Campground in Cave In Rock, Illinois — while Hunting was recovering from surgery. Tempesta was a member of EXODUS from 1989 until 1993 and played on the band's albums "Impact Is Imminent" (1990) and "Force Of Habit" (1992).

If you’re not at Thee Parkside you’re missing out. This dude is playing with us for a special song. 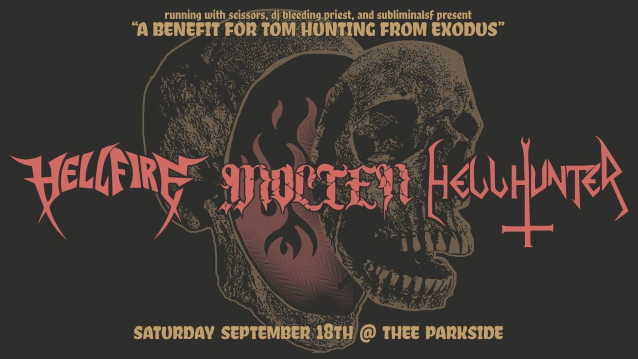