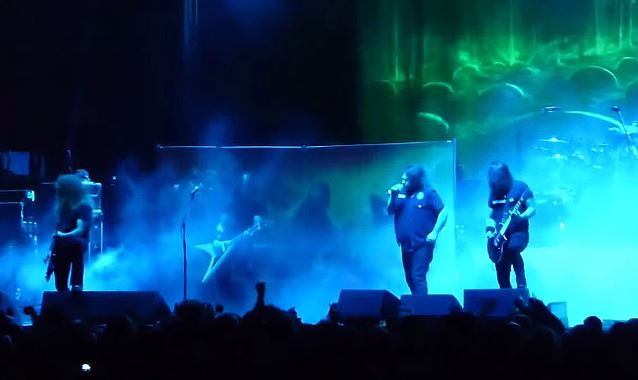 Fan-filmed video footage of EXODUS's entire November 14 performance at The Forum in Inglewood, California can be seen below.

EXODUS' new album, "Blood In Blood Out", sold around 8,800 copies in the United States in its first week of release to debut at position No. 38 on The Billboard 200 chart. Released in North America on October 14 via Nuclear Blast, the CD art was illustrated by Swedish artist Pär Olofsson, known worldwide for his incredible renderings that have graced the covers of countless heavy metal albums, including EXODUS' "Let There Be Blood".