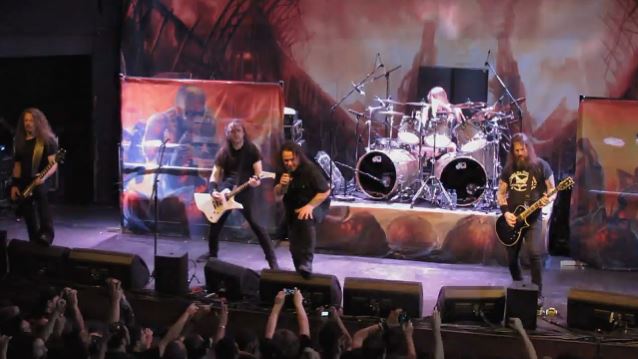 Fan-filmed video footage of EXODUS' October 5 performance at Circo Voador in Rio De Janeiro, Brazil can be seen below.

EXODUS will release its tenth studio album, "Blood In Blood Out", in North America on October 14 via Nuclear Blast. The CD is EXODUS' first album since the departure of the band's lead singer of the past nine years, Rob Dukes, and the return of his predecessor, Steve "Zetro" Souza, who previously fronted EXODUS from 1986 to 1993 and from 2002 to 2004.

TESTAMENT frontman Chuck Billy lends his signature roar to the track "BTK", one of the first songs recorded by Souza, who recently said: "Chuck and I have known each other forever. We work really well together; we know each other really well. So if I'm doing my vocals and he's there, I can trust him to go, 'No way, Zet, [it] doesn't sound good like that. Do it like this,' or, 'Yeah, that's killer.' If he says it sounds killer, I know it is."

Original EXODUS guitarist Kirk Hammett, who has been a member of METALLICA for the past 31 years, contributed a solo to "Salt The Wound".

He added: "I play a pretty cool solo, and then Gary [Holt] comes in and plays another solo, and you know what? I listened to that and thought, 'Wow, it's 1982 all over again and here we are, Gary and I are trying to cut each other's heads off with our guitar solos.' Nothing has changed much in the last 30 years. I love it. I love those guys. I've only known them for most of my life, so I'm really happy that I finally got to record with them."

EXODUS will embark on a supporting run in November with fellow metal titans SLAYER and SUICIDAL TENDENCIES. The Scion-sponsored leg of this U.S. tour launches on November 11 with two shows at the Fox Theater in Oakland, California. 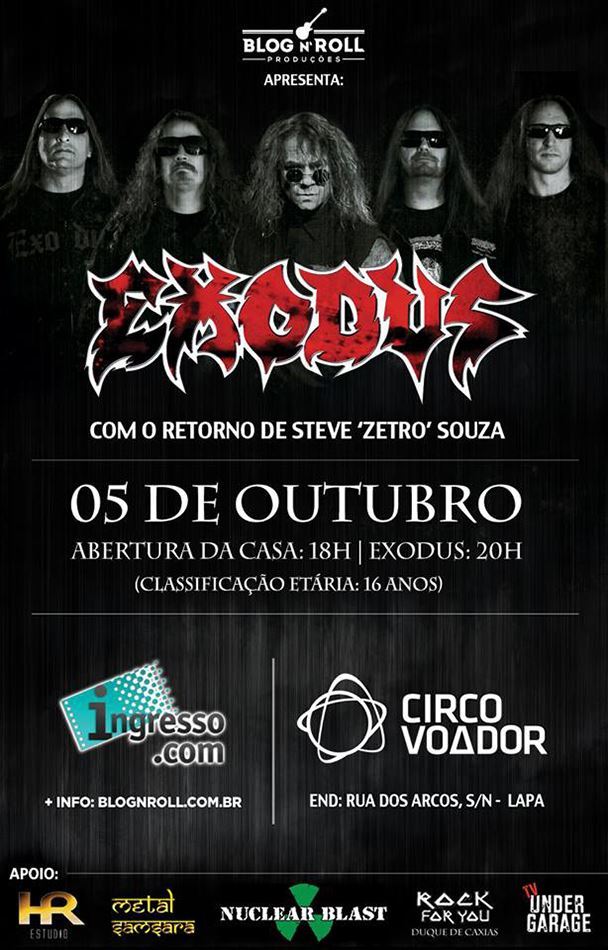