Due to "family concerns," EXODUS guitarist Lee Altus will be unable to join his bandmates on their European tour this summer. Filling in for him will be Brandon Ellis of THE BLACK DAHLIA MURDER.

Earlier today, EXODUS released the following statement via social media: "EXODUS regretfully announce that Lee Altus will not be joining us on our upcoming European tour. Family concerns dictate he remain close to home and being so far away from home is not possible. EXODUS stand strong with Lee and will destroy in his behalf, and he will rejoin us for the upcoming tours such as the fall leg of 'The Bay Strikes Back'. We stand behind our brother in everything and he will be back! Joining us on this trek is none other than Brandon Ellis of THE BLACK DAHLIA MURDER so let’s welcome him like one of the EXODUS family! Brandon is one of the sickest guitarists alive and he is going to kill it for certain! See you soon in Europe and the UK!" 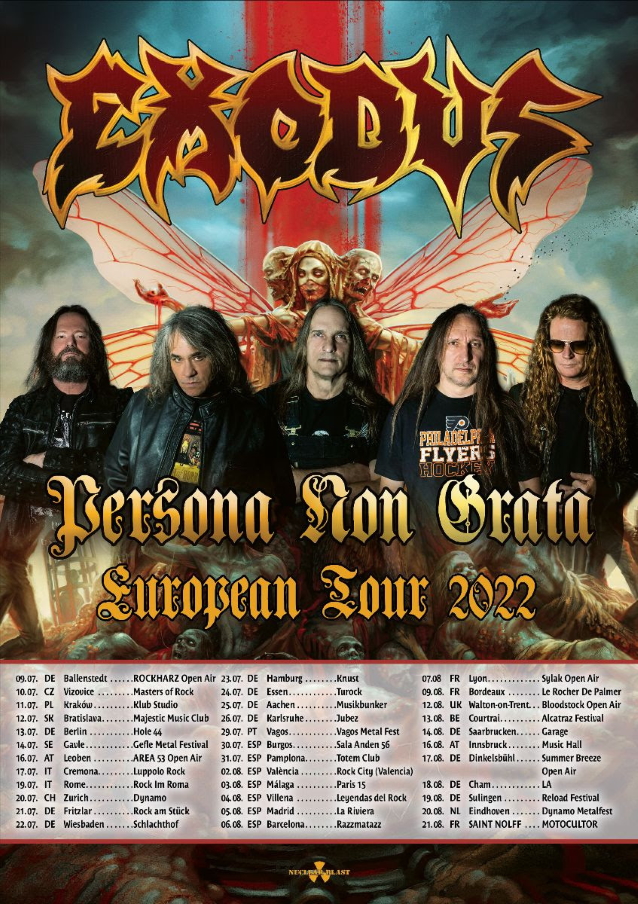