Learn how to play the songs exactly as the band plays them with these 100% accurate transcriptions. Presented in two-guitar format so you can learn to play every riff and solo just as Gary Holt and Lee Altus (plus guest solos by Rick Hunolt and Kragen Lum) played them on the album. The 262-page print edition will begin shipping on December 17. 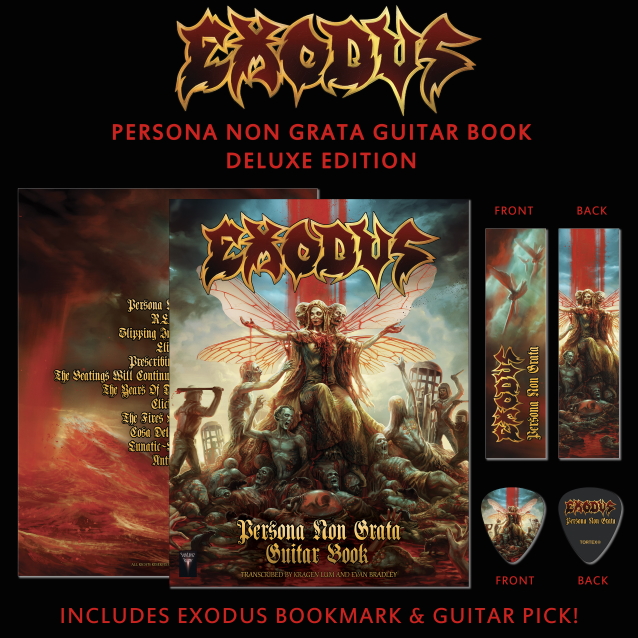