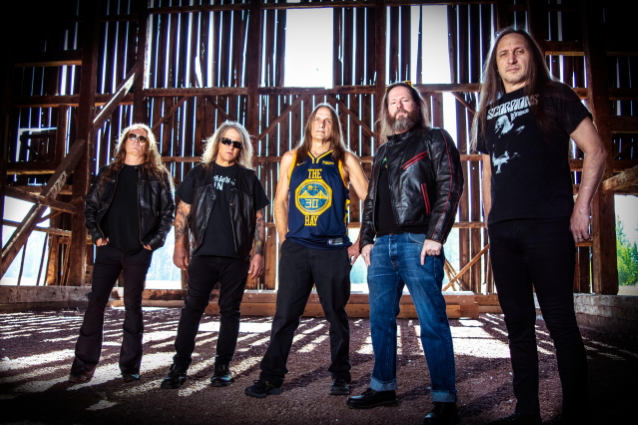 Guitarist Gary Holt comments: "Very excited to launch the release of 'Clickbait' from our upcoming record! Crushing and aggressive as hell, it captures the power of the new record perfectly! Getting more excited by the day. November 19th can't come fast enough!"