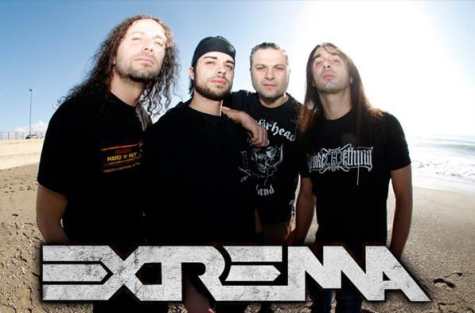 On May 31, veteran Italian metallers EXTREMA entered Fear Studio in Alfonsine (RA),Italy to begin recording their long-awaited sixth studio album with producers Tommy Massara (EXTREMA guitarist) and Gabry Ravaglia. The mixing sessions for the follow-up to 2009's "Pound For Pound" are expected to be completed by the end of July.

"It took almost two years to write and arrange the songs," says Massara. He adds, "These are the heaviest songs we've ever written and we are looking forward to hear the final mixes."

"Pound For Pound" came out in May 2009 via Scarlet Records. The follow-up to 2005's "Set The World On Fire" saw EXTREMA going back to its thrash metal roots, with a very special guest apearance by HELMET's Page Hamilton on the track "You Make Me Sick".