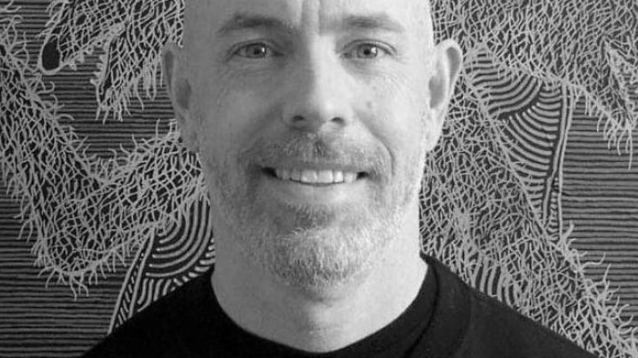 A GoFundMe campaign has been established for extreme metal artist Justin Bartlett, who was recently been diagnosed with stage four colorectal cancer.

Bartlett has created album covers for CADAVER, DRAGGED INTO SUNLIGHT, HOODED MENACE and TRAP THEM, as well as the art for Decibel magazine's first tour in 2012.

Comments Bartlett's sister: "As I dropped him off at his Oncology appointment, I looked at my brother and I said, 'Justin, this sucks so much.' With pain and exhaustion in his eyes, he replied, 'And… this is just the beginning.' Shortly after that conversation, it was confirmed that my brother, Justin Bartlett, has Stage 4 Colorectal Cancer. We had our suspicions based on his symptoms, and the cryptic scan results that had been sent home with him from his latest emergency room stay. Since then, he's already had three surgeries and is due to start chemotherapy soon.

"Justin is one of my best friends. He's funny, intelligent, generous and extremely talented. He has his own business working as a graphic designer & gallery artist — most famously in the heavy metal music genre. If you're a metal fan, you've seen some of his album cover work and merchandise designs. He's got a LONG road ahead of him, and needs help with medical and living expenses because he's too exhausted and in pain to work."

You can donate to Justin's GoFundMe campaign at this location.