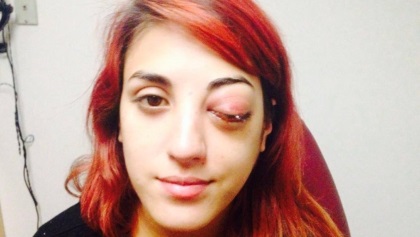 EYES SET TO KILL bassist Anissa Rodriguez was hospitalized last week with a blood clot behind her eye, forcing the band to cancel its appearance on a number of shows on its tour with (HED) P.E.. The band's manager, Daniel Vega, writes on the EYES SET TO KILL Facebook page: "Good news today! The doctors have released her to go home!

"As many of you know, they were on the road when this all happened. They have been in Columbia, Missouri and now they get to go back to Arizona to rest and get back to good health!

"I have attached a picture from when it was at its worst (top) and a more recent one. You can see there is a lot of healing that needs to be done but it looks a lot better.

"Thanks for all the support! It's time like these that remind you to be thankful for what you have, because we can ALL get caught up in the day-to-day challenges that we ALL face."

EYES SET TO KILL's fifth full-length album, "Masks", sold around 2,600 copies in the United States in its first week of release to debut at position No. 161 on The Billboard 200 chart. Released on September 17, 2013 in North America via Century Media Records, the CD was produced by Steve Evetts, who has previously worked with THE DILLINGER ESCAPE PLAN, SUICIDE SILENCE and SEPULTURA, among others. 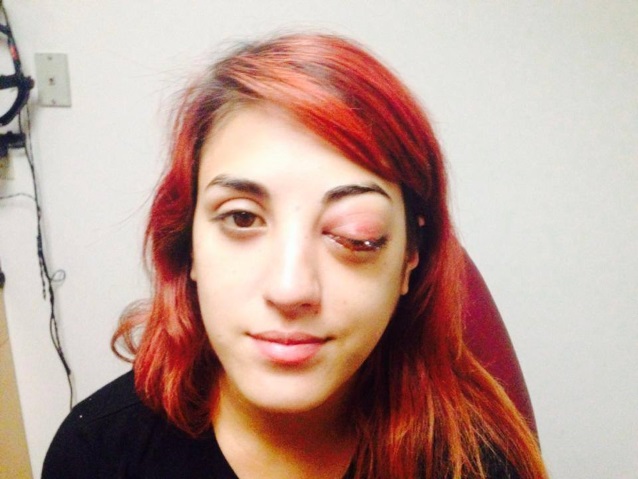 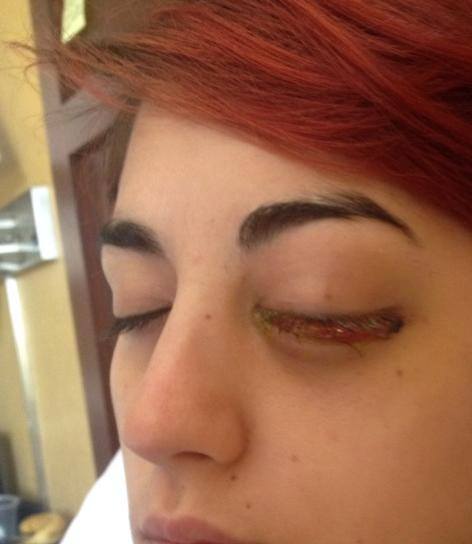