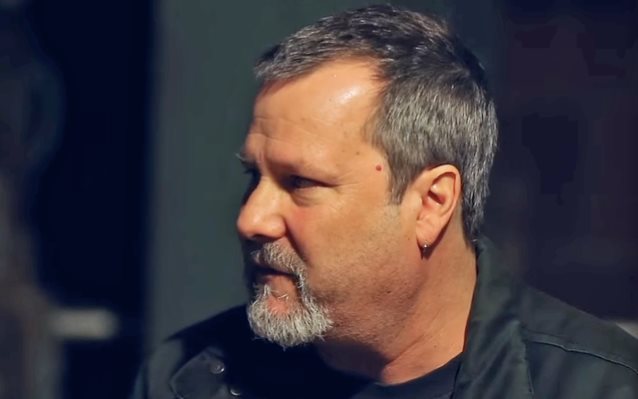 FAITH NO MORE bassist Billy Gould was interviewed by Red Carpet News TV at the Metal Hammer Golden Gods, which took place June 13 at the Eventim Apollo in Hammersmith, London, England. You can now watch the chat below.

Asked what made late MOTÖRHEAD leader Lemmy such a great man, Billy said: "Lemmy was his own guy. And he didn't judge people, and he wouldn't let people judge him. And I think that's something that… I mean, especially it being 2016, people respect that, because sometimes it's harder to find than ever. And I think that the only way that's gonna continue is by people to do that themselves. And I think he set an inspiration for that."

"Sol Invictus" (Reclamation Recordings/Ipecac Recordings),FAITH NO MORE's first new album since 1997's "Album Of The Year", arrived in May 2015, debuting at No. 6 on The Billboard 200 chart and landing at similar spots worldwide (including No. 2 in Australia, No. 4 in Germany and No. 6 in the U.K.). The months surrounding release found the band headlining a number of festivals, including Sonisphere, Download, Riot Fest, Bumbershoot and Rock In Rio. Returning to late night television for the first time since the mid-'90s, FAITH NO MORE took the stage on "The Tonight Show", "Jimmy Kimmel Live!" and "Last Call With Carson Daly".