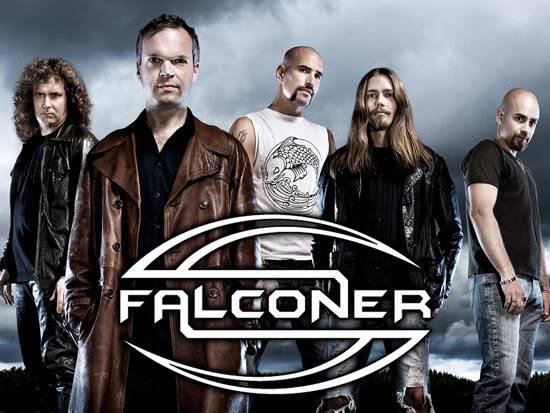 Comments guitarist Stefan Weinerhall: "So now the mix and mastering is done for 'Black Moon Rising'.

"After having a break from the studio and then returning, my first impression was: 'Was it that much double bass drums?' I'm sure this album will compete with 'Northwind' as being my favourite album though they are not alike. The last album entirely in Swedish was really rewarding to do, but I must admit it's always great to be back where you feel you belong!

"Well, enough with the self-admiration for this time."

Producer Andy La Rocque (KING DIAMOND) had the following to say: "This is how FALCONER should sound!"

FALCONER's seventh album, "Armod", was released in June 2011 via Metal Blade Records. The CD featured 11 songs completely sung in Swedish and four bonus tracks that were said to be English versions of the bandmembers' favorite new songs.