Swedish folk metal forerunners FALCONER return to glory with their new album, "Black Moon Rising", which is scheduled for release on June 9 in Europe and June 10 in North America via Metal Blade Records. You can now stream the entire CD using the SoundCloud widget below.

After the release of FALCONER's last album, "Armod", in 2011, the band first effort sung entirely in Swedish and concentrating on the folk elements in the music, the group returned to KING DIAMOND guitarist Andy La Rocque's Sonic Train Studios in Varberg, Sweden to record the new CD. This effort is described in a press release as "the most guitar-oriented, riff-filled, and fastest FALCONER release to date. This is a much hungrier and more vital FALCONER, with some of their finest material in many years."

Comments FALCONER main composer Stefan Weinerhall: "After an eight-month complete break from music on the verge of quitting it, I finally returned with a feeling of hunger, power and commitment to the songwriting. The goal we all had was to wake up, stir things up a bit and perform at our very best. And so we all did!!"

The song "Halls And Chambers" can be streamed below. 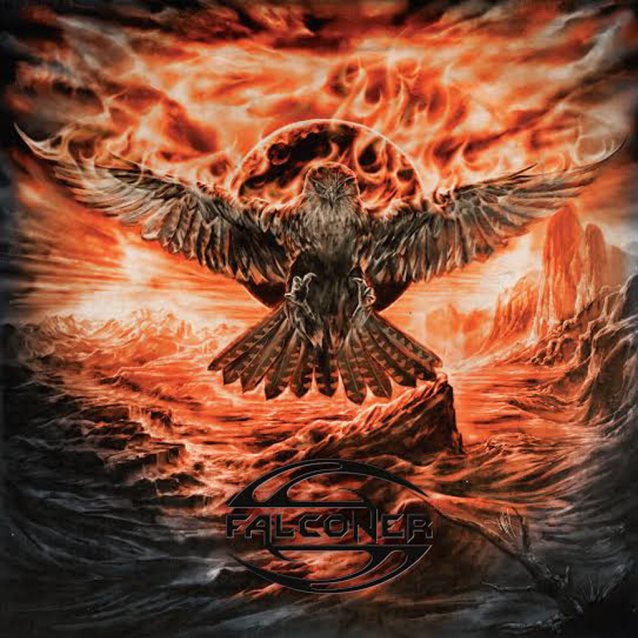