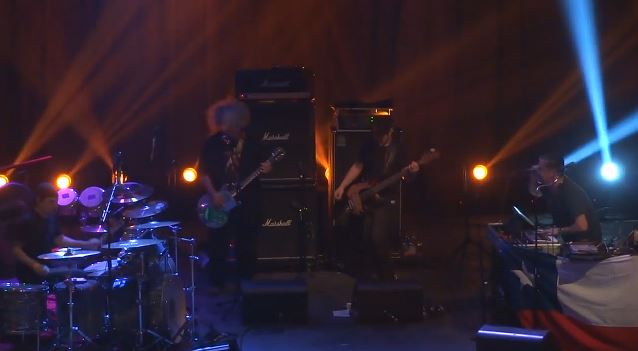 As previously reported, FANTÔMAS will perform at the first-ever RockOut festival, set to take place tonight (Saturday, December 6) at Espacio Broadway in Santiago.

FANTÔMAS last played together in 2009 and hasn't released an album since 2005's "Suspended Animation".

Speaking about how the RockOut gig came about, Lombardo told Grammy Pro: "Mike and I have kept in touch via text messages and phone calls. Or if he's playing in L.A., I'll go to the show. Or if he's recording in L.A., we'll grab lunch or whatever. And he always told me that he'd like to get FANTÔMAS together again and do some shows. He said, 'Dave, that's one band everyone's been asking for. It's, like, 'When are you gonna get FANTÔMAS back together?'' So we have an opportunity to perform at a festival in Santiago, Chile on December 6. So I'm really excited to perform with that band again. I just saw Buzz Osborne of the MELVINS. PHILM and Buzz, we did a show together in Zurich, Switzerland, and he's really excited too. So it's gonna be a fun moment for the band."

The brainchild of Patton, "Fantômas" is an anti-hero from a series of pre-WWI French crime novels, sometimes dubbed the "lord of terror."

"Suspended Animation" came out in June 2005. The effort contained 30 tracks, each titled after a different day in the month of April.

FANTÔMAS' three previous releases regaled listeners with a sci-fi homage ("Fantômas", 1999),a celebration of the best in film composition ("The Director's Cut", 2001) and a one-song album ("Delirium Cordia", 2004).

FAITH NO MORE, which reunited in 2009 for a series of sold-out performances and international festivals, is currently recording its first full-length album since 1997's "Album Of The Year". An April 2015 release is expected. 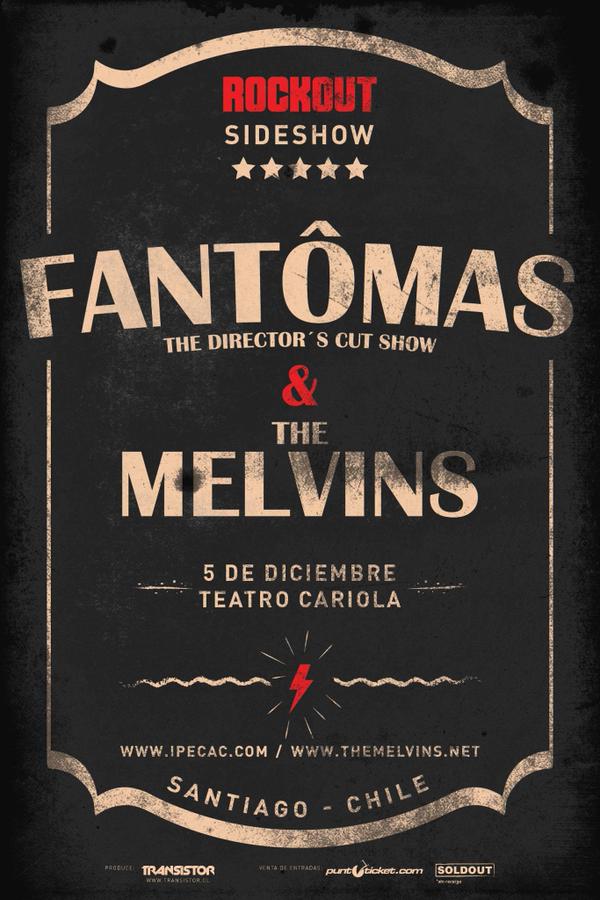