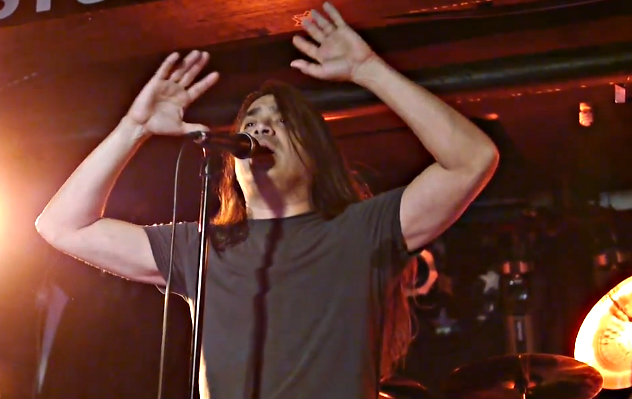 Fan-filmed video footage of FATES WARNING's November 23 concert at The Studio at Webster Hall in New York City can be seen below.

The band is touring in support of its eleventh studio album, "Darkness In A Different Light", which registered the following first-week chart positions:

"Darkness In A Different Light" sold around 2,700 copies in the United States in its first week of release. The CD was issued in North America on October 1 via InsideOut Music.