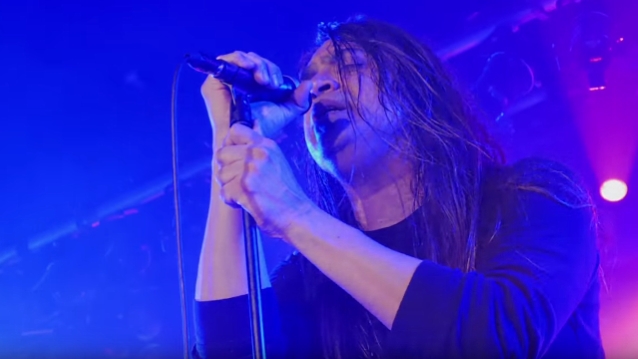 FATES WARNING singer Ray Alder has spoken out against cell-phone use at concerts, saying that "it's very frustrating" to see fans watching the shows "through their phone."

Alder made his comments in response to a tweet from U.K. columnist Sali Hughes, who wrote: "People who spend entire gigs of artists they love, filming the bloody thing on their phone. Why? It's out of control and selfish AF. I just watched an entire concert (being filmed by a pro crew) through a sea of iPhone screens. Who even watches later? It must drive artists nuts."
‏
Ray responded: "As a musician it's very frustrating to see the guy or girl watching the concert through their phone. As a concert goer it's even more frustrating to have to look around the person in front of you holding their phone up while they get to watch the concert."