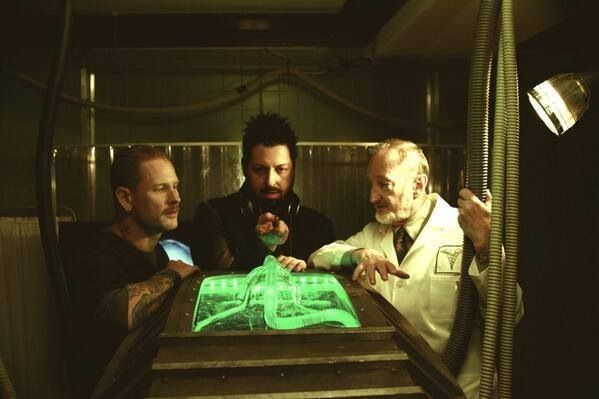 "Fear Clinic", the new horror flick which marks SLIPKNOT and STONE SOUR frontman Corey Taylor's first featured role in a film, will receive its world premiere on October 22 at the Screamfest Horror Film Festival in Hollywood, California. Taylor, along with the movie's director, Robert Hall, will be on hand for a question-and-answer session.

"Working with Corey was amazing," said Hall. "He's such a huge horror fan and his enthusiasm and excitement shine through. His involvement brings the film to a whole new level, and fans are going to freak when they see him in the role."

As a lifetime horror fan, Taylor said, "I'm such a horror geek, comic geek and action figure geek. I'm inspired by so much — from Hunter S. Thompson and Quentin Tarantino to 'The Dark Knight' and 'Halloween'. Just show me something that doesn't suck, and I'm happy," he laughed.

Taylor told The Pulse Of Radio what it was like to work with a horror icon like Englund. "One of the coolest dudes I've ever met," he said. "You know, we were sitting in the makeup trailer and he's telling me stories from the '80s of being at the Rainbow with GUNS N' ROSES and I'm like, 'Please tell me more!' You know? Sweetest dude I've ever met, super fun, super awesome and we had a really good time like making that stuff. And I had a handful of scenes with him and I, I had a really good time."

Taylor told Full Metal Jackie about his involvement in "Fear Clinic": "That was a blast! I was approached by [METALLICA bassist] Robert Trujillo. His friend Robert Hall was the director for 'Fear Clinic' and Rob had offered Robert the part. But Trujillo couldn't do it; he was going to Antarctica with METALLICA. He said, 'Who is someone you’d love to work with?' I guess Rob said Corey Taylor. So he put us in touch and within two weeks I was on the set. It was pretty sweet."

He continued: "I had always said I wanted to be in a movie and try my hand at it. It was kind of the perfect opportunity." He added: "It was a fantastic learning experience. I learned a lot just from watching everybody. I really got into it, I grew a mustache for the part so I could look extra creepy. I had a super blast with it." 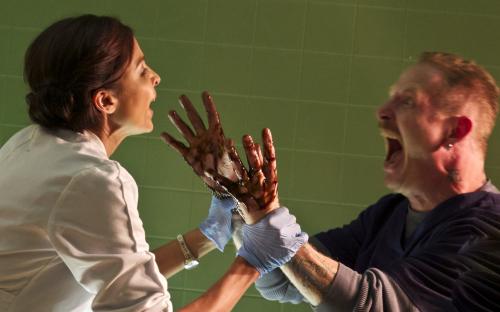