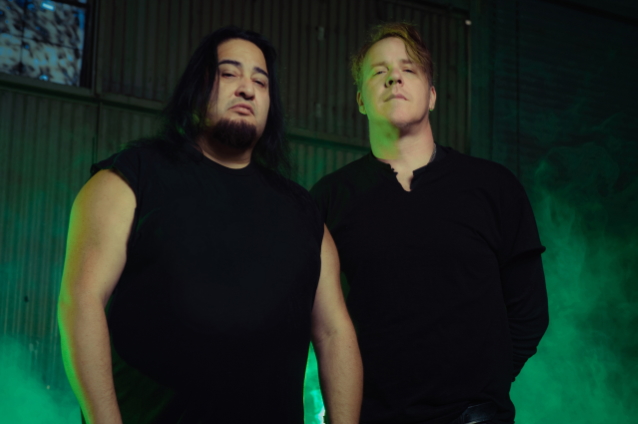 FEAR FACTORY guitarist Dino Cazares has shared a video teaser for the cover artwork of the band's upcoming studio album.

Last September, singer Burton C. Bellissued a statement officially announcing his departure from FEAR FACTORY, saying that he "cannot align" himself with someone whom he does not trust or respect.

Bell later told Kerrang! magazine that his split with FEAR FACTORY was a long time coming. "It's been on my mind for a while. These lawsuits [over the rights to the FEAR FACTORY name] just drained me. The egos. The greed. Not just from bandmembers, but from the attorneys involved. I just lost my love for it.