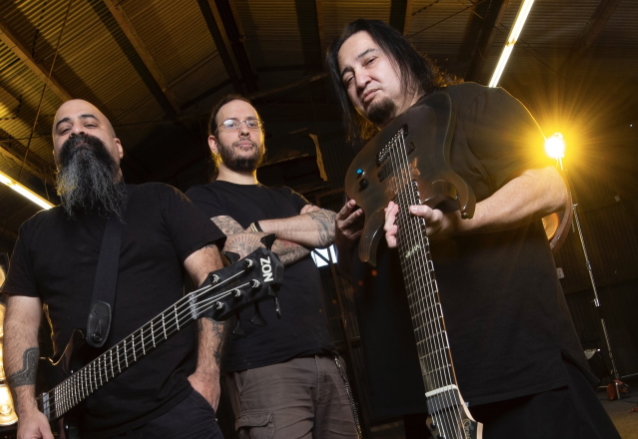 FEAR FACTORY will release its first new song in over five years, "Disruptor", on Friday, April 16. The track will appear on the band's upcoming album, "Aggression Continuum", due later in the year via Nuclear Blast Records.

A short teaser for the "Disruptor" video — created by Finland's Riivata Visuals — can be seen below. Also available is the "Aggression Continuum" cover art, designed by LIGHT THE TORCH guitarist Francesco Artusato.

Last September, singer Burton C. Bellissued a statement officially announcing his departure from FEAR FACTORY, saying that he "cannot align" himself with someone whom he does not trust or respect.

Bell's exit from FEAR FACTORY came more than two weeks after guitarist Dino Cazares launched a GoFundMe campaign to assist him with the production costs associated with the release of FEAR FACTORY's long-awaited new LP.

In explaining his reasons for starting a fundraising campaign, Cazares said that all donations will go toward covering newly incurred production costs involved with the making of the new FEAR FACTORY LP, including re-recording the drums, guitars, bass and keyboards, as well as production by Damien Rainaud and Cazares, and mixing and mastering by Andy Sneap. Burton's original lead vocals, which were recorded in full in 2017, will remain on the new version of the album.