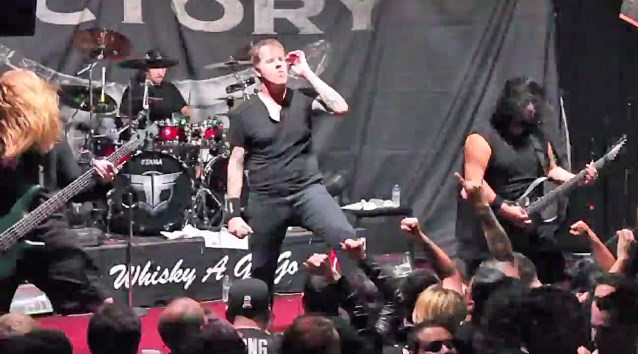 Video footage of FEAR FACTORY's January 22 performance at Whisky A Go Go in West Hollywood, California can be seen below.

FEAR FACTORY recently entered NRG Recording Studios in North Hollywood, California with longtime producer/collaborator Rhys Fulber and engineer Mike Plotnikoff to begin tracking its new album for an early 2015 release via Nuclear Blast Entertainment. The CD will be mixed by acclaimed British producer Andy Sneap, who has previously worked with MEGADETH, KILLSWITCH ENGAGE, EXODUS, TESTAMENT and ACCEPT, among many others.

Asked by Silver Tiger Media how far into the recording process for the new album FEAR FACTORY is at the moment, the band's vocalist, Burton C. Bell, said: "We are still working on it. [It's taking] longer than expected, but, you know, it's classic FEAR FACTORY sound, the sound that fans have always expected, but I think because we are taking our time, the songs are really well crafted. Without losing the edge or the angst. Without losing the essence of FEAR FACTORY, but they are well-crafted songs. We are working on the album cover right now. We have really connected with artist Dave McKean, who did the album cover for 'Demanufacture' and 'Obsolete'. He is working on something. We have an album title that we are happy with which really represents a good FEAR FACTORY title."

In a separate interview, FEAR FACTORY guitarist Dino Cazares spoke about the musical direction of the band's new material. He said: "You do wanna take it to new places, but you never want to take it too far.

"FEAR FACTORY is a band that always been one that experiments a little here and there. From our very first record that came out in 1992, 'Soul Of A New Machine', there was a big jump between that record and 'Demanufacture', and then we just had to take it somewhere different on 'Obsolete' and then we took it somewhere different again on 'Digimortal'. Now when I re-entered the band, we took another big jump and we put out 'Mechanize' and then we kind of wanted to go back a little bit and we did 'The Industrialist'."

Dino added: "Now this record, it's probably going to be somewhere in between 'Demanufacture' and 'Obsolete'. It's got the groovier darker elements of 'Obsolete', but it has the fast riffing and the cold harshness from 'Demanafacture'."

FEAR FACTORY's latest album, 2012's "The Industrialist", sold 9,300 copies in the United States in its first week of release to debut at position No. 38 on The Billboard 200 chart. 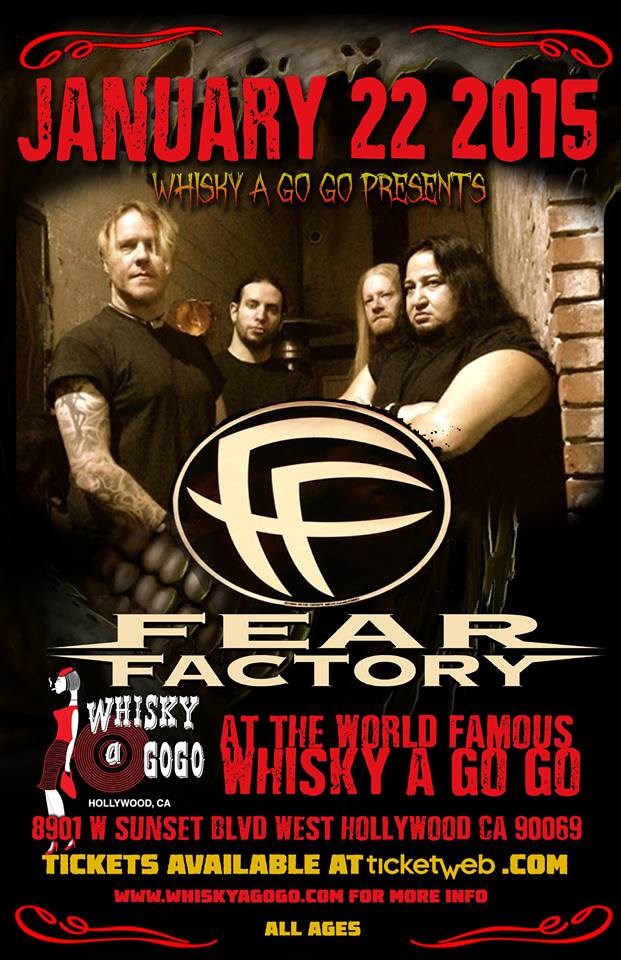