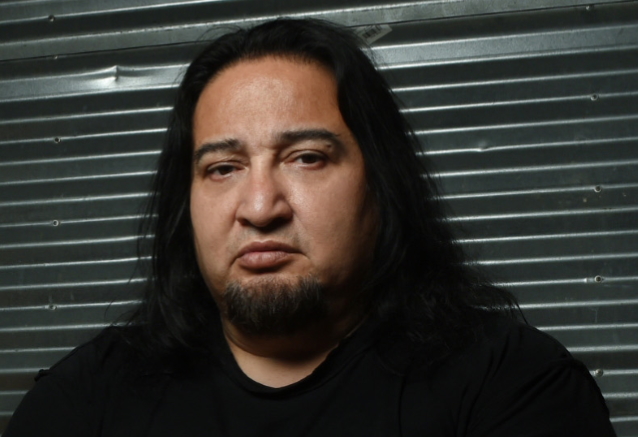 Run Out Groove is celebrating the 25th anniversary of FEAR FACTORY's classic "Demanufacture" album by issuing it on vinyl and expanding it with a previously unreleased live concert from 1996's Ozzfest. "Demanufacture" has been mastered for vinyl with lacquers cut by FEAR FACTORY's producer-engineer Damien Rainaud. The three-LP set will be pressed on transparent blue, solid white, and black mixed-color vinyl at Record Industry and housed in a tri-fold jacket containing an exclusive poster. Pre-orders are open now.

Asked in a new interview with The Pit if he ever revisits "Demanfucature", FEAR FACTORY guitarist Dino Cazares said (see video below): "I sometimes look back at that record quite a lot, because it was a groundbreaking record. And I go back sometimes just to listen — not to the tones or anything, but listen to the structures. But a lot of times, I apply those structures into newer songs. Like, 'Okay, how did I write a song like 'Zero Signal'? How does it go? How does it start? Where does the verse go? Where does the mid-section go?' And blah blah. If I'm stuck on a new song, I'll go back to 'Demanufacture' and be, like, 'Okay, that's how we did it, so let's go back and apply it to this song.' Even though the songs are completely different, the riffs are different, it's still something that helps me craft songs today."

This past August, singer Burton C. Bellissued a statement officially announcing his departure from FEAR FACTORY, saying that he "cannot align" himself with someone whom he does not trust or respect.

In October, Dino issued a statement in which he said that the door for Burton to come back to FEAR FACTORY wouldn't "stay open forever." He also explained that Burton "lost his legal rights" to the FEAR FACTORY name "after a long court battle" with former drummer Raymond Herrera and bassist Christian Olde Wolbers. "I had the opportunity to do something right, and I felt that obtaining the name in full was the right thing to do for the both of us, so after nearly four years we can continue as FEAR FACTORY, to make more records and to tour," he said. "That is why it is sad to hear that he decided to quit and, in my opinion, for whatever issues he has it seems like it could've been worked out."

FEAR FACTORY's fundraising campaign marks the first public activity from the band since it completed a 2016 U.S. headlining tour on which it performed "Demanufacture" in its entirety. 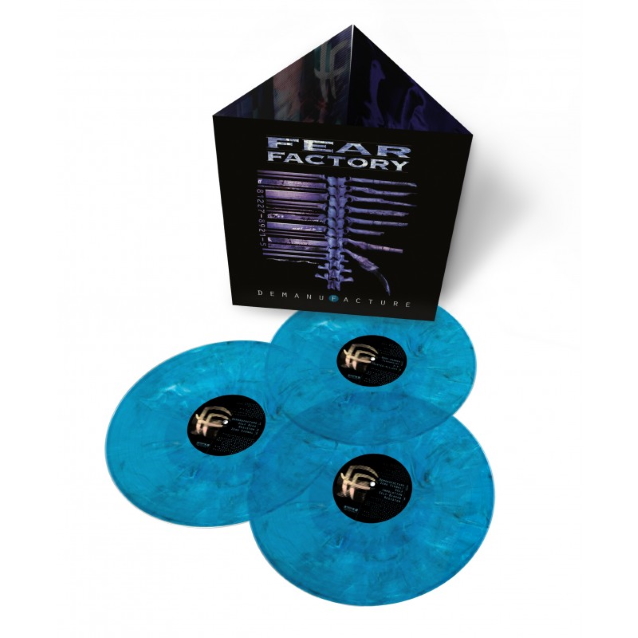