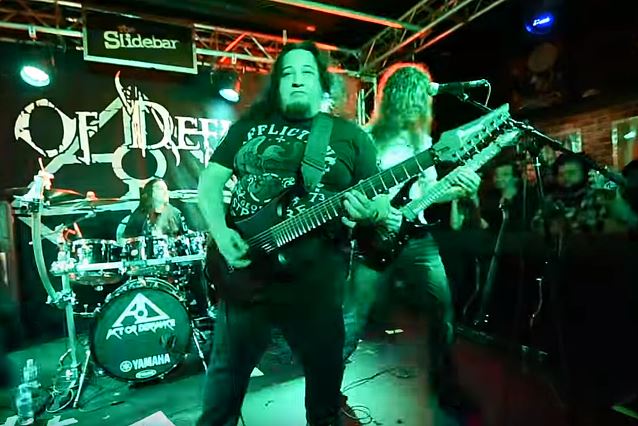 FEAR FACTORY guitarist Dino Cazares joined ACT OF DEFIANCE on stage last night (Thursday, January 28) at the Slidebar in Fullerton, California to perform a cover version of the MOTÖRHEAD classic "Ace Of Spades" as a tribute to MOTÖRHEAD frontman Ian "Lemmy" Kilmister. Video footage of his appearance can be seen below.

ACT OF DEFIANCE's debut album, "Birth And The Burial", was released on August 21, 2015 via Metal Blade Records. The CD recording was split between three studios in three different states: Broderick handled vocal and guitar production at his own Ill-Fated Studio in Los Angeles, Chris "Zeuss" Harris (ROB ZOMBIE, REVOCATION, MUNICIPAL WASTE) worked with Drover tracking the drums in Dexter's Lab in Milford, Connecticut, while Bachand laid down his bass at ManShark, in Southampton, Massachusetts. 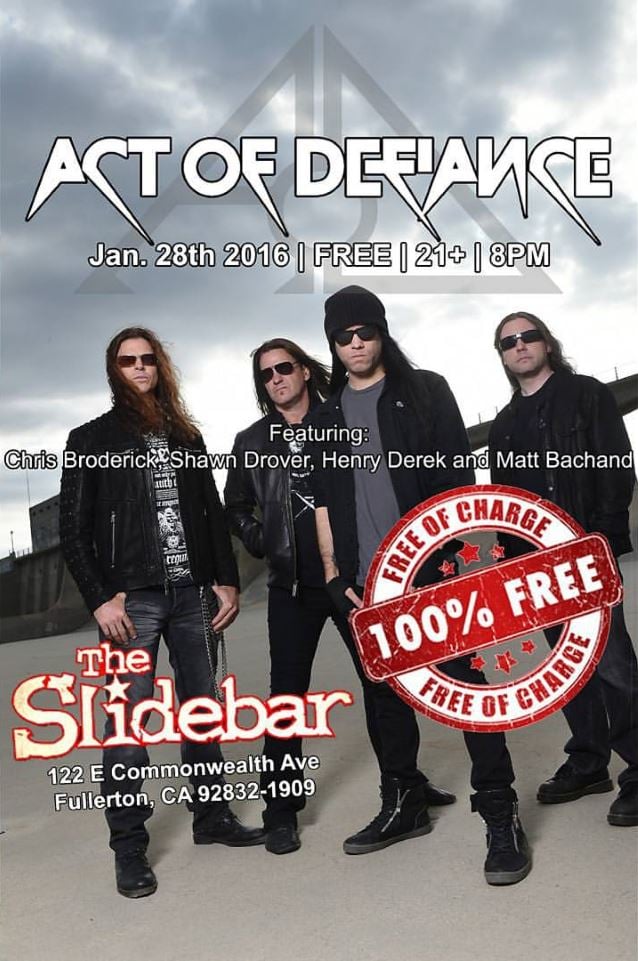