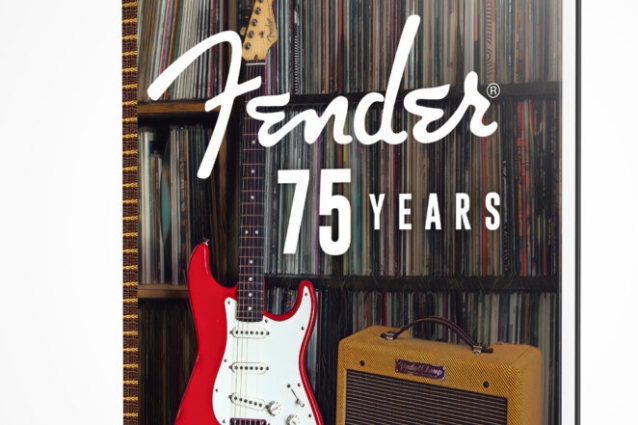 Ubiquitous in the music world, Fender guitars and amplifiers are also icons in popular culture, their shapes and sounds instantly recognizable. Authoritatively written and lavishly illustrated, "Fender 75 Years" (Motorbooks, September 21, 2021) is the officially licensed anniversary celebration of the company and its legendary instruments.

From Fender's first instrument — a lap steel guitar produced in 1946 — to founder Leo Fender's groundbreaking early six-string "Spanish-style" guitar designs like the Esquire that set the standard for the electric guitar explosion to follow, author Dave Hunter traces Fender's entire history to the present. All the innovations and landmark models are here, as well as legendary players who became synonymous with Fender instruments across musical genres.

In addition to the instantly recognizable Telecaster and Stratocaster, Hunter examines Fender's line of legendary offset guitars like the Mustang, Jazzmaster, and Jaguar, and bygone models such as the Marauder, Coronado, Bronco, and more. The Jazz Bass and Precision Bass also feature, as do Fender's acoustic guitars and workhorse tube amplifiers like the Bassman, Twin Reverb, and Princeton, to name a few.

Along the way, readers will get in-depth scoops on the relationships dozens of players have enjoyed with Fender: rock 'n' roll pioneers like Hank Marvin and James Burton; classic-rock icons like Jimi Hendrix, David Gilmour and Eric Clapton; blues legends Bonnie Raitt, Stevie Ray Vaughan and Buddy Guy; alt-rock gods J Mascis and Kurt Cobain…the list goes on. In addition, Hunter explores the work of the award-winning Fender Custom Shop and the wares produced there.

Illustrated throughout with rare images from company archives, "Fender 75 Years" treats readers to rare behind-the-scenes views of the shop floor throughout the years, as well as studio imagery of the guitars, rare period advertising and brochures, and performance images of Fender players.

In addition, a Deluxe Collector's Edition of "Fender 75 Years" will be available October 19, 2021. Limited to 500 copies, this stunning collector's edition is packaged in a Fender-inspired presentation case that also includes a custom envelope featuring five pieces of exclusive flat art from the Fender archives: a reproduction vinyl decal, a photo pin-up, and three 12 × 18–inch posters.

"Fender 75 Years" is the definitive look at the Fender's first three-quarters of a century and a must-have for any guitar enthusiast.

Hunter is an author, musician, and journalist. He is the author of several popular books about guitars, amps, and effects, including Voyageur Press's "Star Guitars", "The Fender Stratocaster", "The Gibson Les Paul" and "365 Guitars, Amps & Effects You Must Play". A regular contributor to Guitar Player and Vintage Guitar magazines, he resides in Portsmouth, New Hampshire. 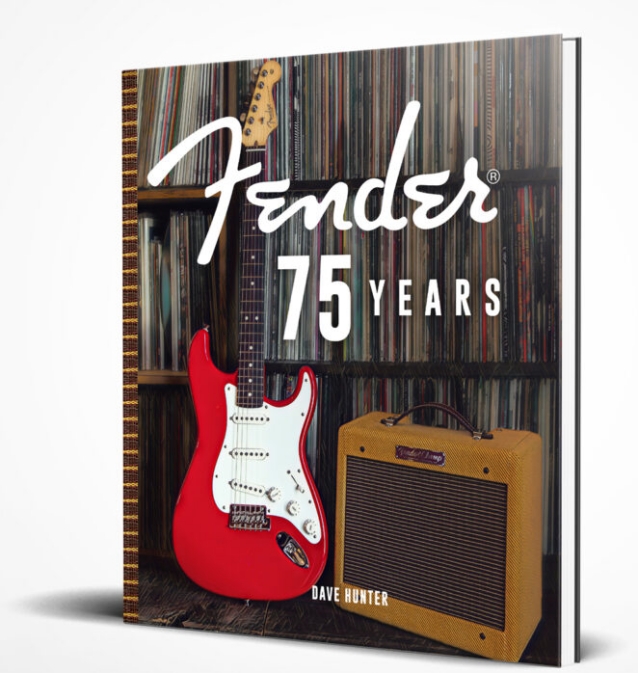