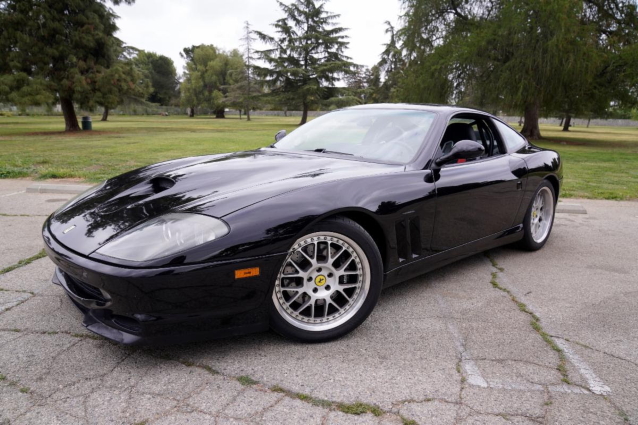 Cosmic Wire — an industry leader in protecting and monetizing intellectual property (IP) — has announced the auction of a one-of-a-kind hybrid NFT: a 2000 Ferrari 550 Maranello once owned by Eddie and Alex Van Halen. A portion of proceeds will be donated to charity.

Featuring several sought-after upgrades, the winner of the auction will be the new owner of the vehicle itself as well as a collection of unique digital assets. The vehicle is currently owned and was restored by Van Halen family friend Damian Barbuscia and the car restoration experts Franco's European.

The auction is slated to kick off on Clubhouse at 6 p.m. Pacific on September 15. Join the Clubhouse room here. To place a bid or to learn more about the car please visit www.vhferrari.com.

A portion of the Cosmic Wire proceeds from the auction will be donated to charitable causes through their charity partner, Let Me Help.

"We're just so excited about this offering. This is exactly the kind of drops you can expect from us at Cosmic Wire," said Cosmic Wire CEO Jerad Finck. "This is a once-in-a-lifetime opportunity to own this rare Ferrari, custom built, driven, and raced by both Van Halen brothers, not to mention Alex's racing goggles are still hanging from the dash. It's such a cool experience, and we at Cosmic Wire are humbled to be a part of it."

The individual who wins the auction will receive:

* 6 speed gated shifter
* Low miles (29,045)
* Recent full service including a new timing belt
* Fully restored leather dashboard and interior
* Modified to be similar to the ultra-rare Ferrari 550 WSR (only 33 made)
* Owned and upgraded by both Eddie and Alex Van Halen
- Includes two vehicle registration card, one from each brother
- A pair of Alex's racing goggles
- The paint has been scuffed and worn by the Van Halens over the years, but can be fully repainted by requested