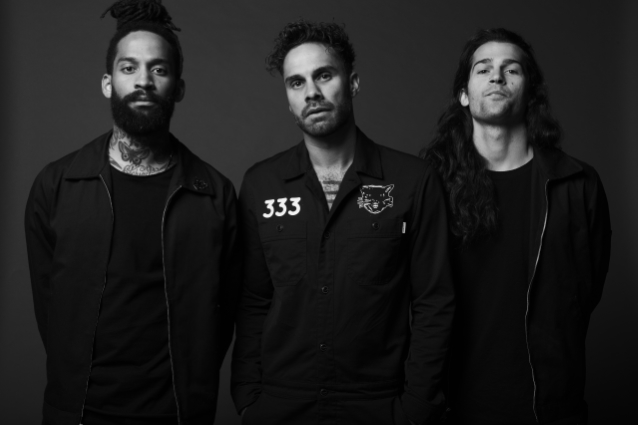 Grammy Award-nominated activists FEVER 333 have shared a poignant new track, "Supremacy", which is available on all streaming platforms. "Supremacy" arrives on the heels of FEVER 333's "Long Live The Innocent" full production livestream performance, which is streaming now on the band's YouTube channel. Conceived in solidarity with the communities across the county protesting for justice, "Long Live The Innocent" raised donations benefitting The Minnesota Freedom Fund and Black Lives Matter, initiatives aimed at advancing the liberation and well-being of black and brown communities through mass-mobilization and the creation of new systems that elevate the next generation of change leaders.

"This is a concentrated effort to encourage people to go beyond awareness and take action," explained FEVER 333 frontman Jason Aalon Butler. "With localized efforts in the name of justice for a specifically targeted group of people in this country, this will serve as an artistic activation as well as a platform to activate necessary measures for social and racial reformation. The advantages we predict we will see if crossing demographics musically in preset to proliferate a message that must find its way over the barriers of genre. Music and art have served as the catalyst for socially inclined movements for as long as we can remember, but for some reason, at a time where we are now granted the ability to see how deeply flawed our system is, we have slowed the charge for change. FEVER 333 has dedicated its entire platform to that change from its inception with its music, activism, even its own charity fund that sees a percentage of proceeds funneled from all profits the project receives. This is not a marketing method this is a tool for change. Please consider widening this message for the people with FEVER 333 by joining us in this effort."

FEVER 333 recently recruited legendary RUN-DMC co-founder and Rock And Roll Hall Of Fame inductee DMC (a.k.a Darryl McDaniels) to appear on a remix of their song "Animal". Available now on all streaming platforms, "Animal" (Feat. DMC) [J. Randy x Nellz R333MIX] finds Butler and DMC trading bars and locking into a lyrical crossfire on this essential collaboration in social activism. To accompany the song, the group also launched limited-edition 333 DMC merchandise, with all proceeds benefitting DMC's Felix Organization which aims to enrich the lives of children who are growing up in the foster care system.

With the intensity of an uprising, the unity of a freedom rally, and the fire of a revolution, FEVER 333 rose up out of South Central Los Angeles with explosive music and an equally explosive mission in 2017. On the heels of the debut "Made An America" EP, the group seized a 2019 Grammy Award nomination in the category of "Best Rock Performance" for the title track, "Made An America". Meanwhile, their full-length Roadrunner Records/333 Wreckords Crew debut LP, "Strength In Numb333rs", toppled 50 million total streams. In addition to selling out headline D333monstrations everywhere, they ignited the stages of Lollapalooza South America, AfroPunk, Reading, Download UK, Download AU, Park Live Moscow, and Japan's Fuji Rock Festival. Standing up alongside the people, they actively participate in activism with a focus on community, charity, and change. Butler created the Walking In My Shoes Foundation to benefit organizations that generate empathy, understanding, and change within the communities they serve, including Movement Voter Project – Black Voter Fund, United For A Fair Economy, and Mijente Support Committee.