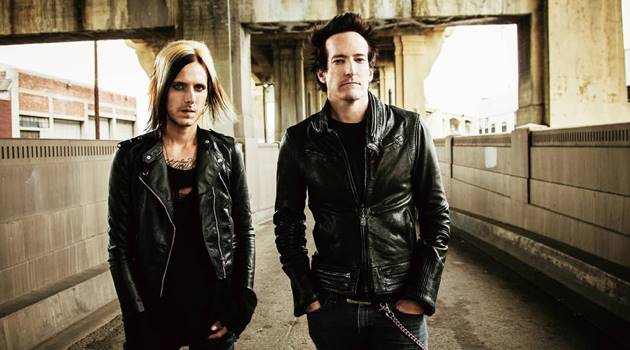 FILTER has recorded a cover version of the AEROSMITH classic "Sweet Emotion" for an as-yet-undisclosed movie soundtrack. FILTER frontman Richard Patrick described his band's rendition as "all creepy and weird like [FILTER's previously released version of THE TURTLES' '60s pop classic] 'Happy Together' [which was recorded in 2009 for the movie 'The Stepfather'] but way more industrial."

FILTER's recently released "Surprise" video features Patrick and guitarist Jonny Radtke as well as Patrick's daughter Sloan and was directed by Gus Black (ATLAS GENIUS, DEFTONES). The song is taken from FILTER's sixth studio album, "The Sun Comes Out Tonight", which was released on June 4, 2013 via Wind-Up Records. The CD was recorded in Los Angeles at Blue Room studios with producer Bob Marlette (BLACK SABBATH, ATREYU, SALIVA). The follow-up to 2010's "The Trouble With Angels" was written and recorded by Patrick and Radtke, as well as collaborator Marlette. There are also performances from touring members Jeff Friedl and Elias Mallin (drums) and Phil Buckman (bass).