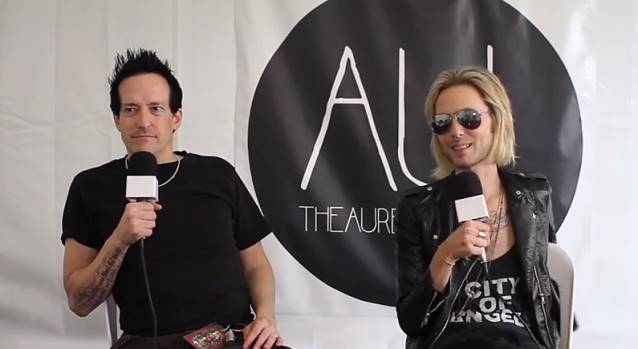 The AU Review conducted an interview with Richard Patrick and Jonathan Radtke of the modern rock band FILTER on Sunday, February 23 at the Sydney stop of this year's Soundwave festival in Australia. You can now watch the chat in two parts below.

In a November 2013 interview with In The Now Magazine, Richard Patrick stated about "Surprise": "To me, the song 'Surprise' is, like, a no-brainer. It should be a nice, successful song for us. I don't mean to get cocky, but it really is one of those songs that we wrote that, you feel like you were just watching it happen, even though you were writing the lyrics and stuff and you were playing the guitar. It's just one of those songs that just kind of…. It just kind of wrote itself."