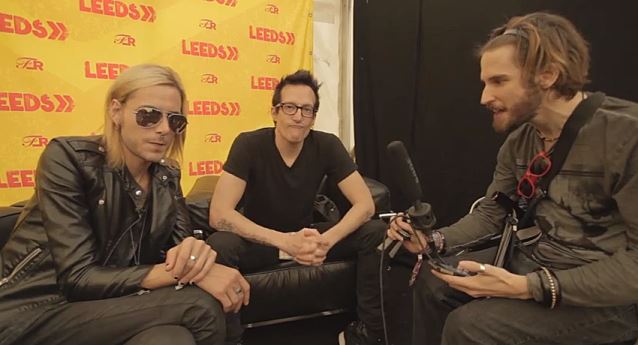 Soundsphere magazine's Dom Smith conducted an interview with Richard Patrick and Jonny Radtke of the modern rock band FILTER at the Leeds Festival on August 23 at Bramham Park in Leeds, England. You can now watch the chat below.