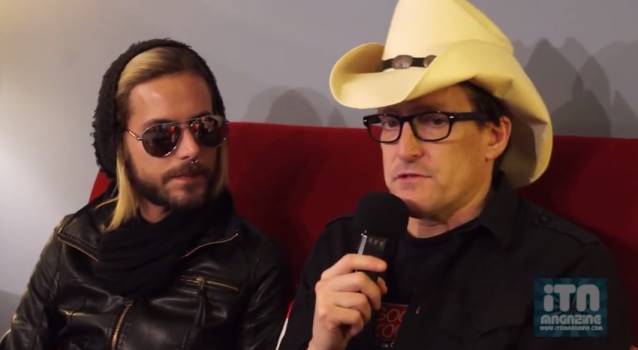 Shabby Hasan of In The Now Magazine conducted an interview with Richard Patrick and Jonathan Radtke of the modern rock band FILTER on November 6 in Wichita, Kansas. You can now watch the chat below.

On filming a video for the song "Surprise" with director Gus Black (DEFTONES):

Patrick: "To me, the song 'Surprise' is, like, a no-brainer. It should be a nice, successful song for us. I don't mean to get cocky, but it really is one of those songs that we wrote that, you feel like you were just watching it happen, even though you were writing the lyrics and stuff and you were playing the guitar. It's just one of those songs that just kind of…. It just kind of wrote itself."

On FILTER's plans for a new studio album:

Patrick: "Creatively, there's not a lot of limitations, we're finding the more we work together. WE're not really concentrating on too much new material, but the reality is that once we get started, it's only a couple of months before we'll have a record done. He [Radtke] can come up with riffs and I can think of vocal melodies, and I can come up with riffs and he can think of vocal melodies.