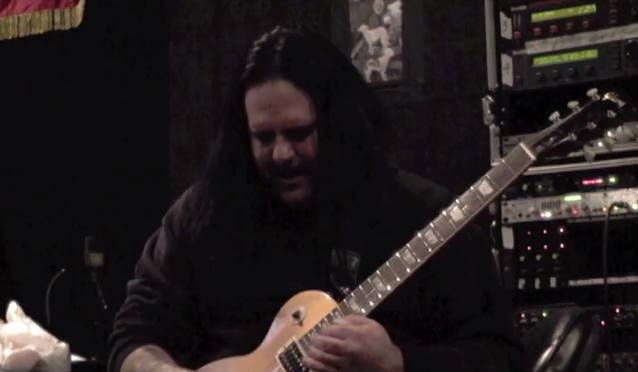 The fourth and final RIGOR MORTIS album, "Slaves To The Grave", will be released on October 7. The first 5,000 copies will include a "making-of" DVD. The effort will also be available on iTunes, Amazon, and limited-edition vinyl LP.

Recorded in February 2012 at MINISTRY's 13th Planet Studios in El Paso, Texas, "Slaves To The Grave" returns to the 1988 original first record lineup of Mike Scaccia on guitar, Bruce Corbitt on vocals, Harden Harrison on drums, and Casey Orr on bass.

Scaccia, who is best known for his work with MINISTRY, RIGOR MORTIS and the REVOLTING COCKS, died on December 23, 2012 of a sudden heart attack brought on by a heart disease (official cause of death: atherosclerotic and hypertensive heart disease),according to the Tarrant County medical examiner's office. Officials ruled it a natural death. He was 47 years old.