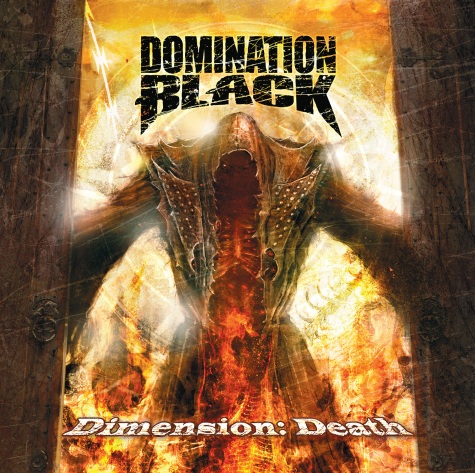 In the fall of 2009, DOMINATION BLACK went on a break during which the former singer Kari A. Killgast was replaced by Matias Palm (MERGING FLARE, HEAVY METAL PERSE). The band started arranging new material right away and entered the studio in the spring of 2011 to begin recording the new CD.

Commented DOMINATION BLACK guitarist Ville Wiren: "I guess no one really expects an album like this from us. There's so much new going on with the music that many will be surprised!"

DOMINATION BLACK has already put the new lineup to the test by playing several shows, not only in Finland, but also in Russia, where they were welcomed warmly. More gigs will follow the release of the new CD.

The song "Passage Of The Dead" is available for streaming using the SoundCloud player below.