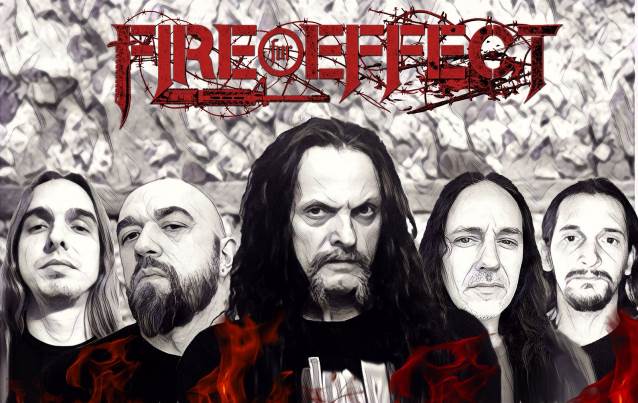 Despite being formed merely two years ago, FIRE FOR EFFECT is not short on experience or talent. With its members drawing from over 25 years of music careers in famed death metal bands, the expectations for FIRE FOR EFFECT's debut album — which is currently being worked on — are high.

FIRE FOR EFFECT's debut album is planned for late 2018.

FIRE FOR EFFECT commented: "Hey guys, We are very happy to announce that we will be working with Agonia Records. As you can see, we are working hard and rehearsing our songs that will be appearing on our debut album coming out later this year. You all will be very pleased with what you hear."

FIRE FOR EFFECT is: