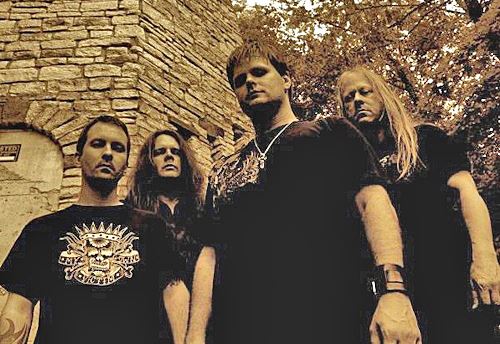 DARKOLOGY, the Texas-based band featuring guitarist Michael Harris (VITALIJ KUPRIJ),drummer Brian Harris (ex-FIREWIND),bassist Mike Neal and vocalist Kelly "Sundown" Carpenter (FIREWIND, BEYOND TWILIGHT, OUTWORLD),will release its sophomore album, "Fated To Burn", in late 2013 or early 2014 through Prime Eon Media. The CD was mixed and mastered by legendary producer Chris Tsangarides (JUDAS PRIEST, ANVIL, THIN LIZZY) at his studio in the U.K. Songtitles set to appear on the CD include "Eyes Of The Machine", "Quantum Genocide", "On Morrow's Break", "Nobot 2" and "Your Hollow Soul".

Says the band: "This is album is a tribute to the old-school and it's our hope that what we've done here will remind the listener why they got into metal in the first place."

The amazing Harris brothers have again put their indelible stamp on these songs. Michael, arguably one of the best guitarists in metal and beyond, brings the killer riffs, solos and big atmosphere as Brian, his younger brother, punishes the skins like there's no tomorrow.

Finally, the always dynamic and melodic Mike Neal has not only played some mean bass and done a lot of backing vocals but has also written most of the lyrics on this album, proving this to be a total group effort.

Rainer Kalwitz, the illustrator for such bands as SHADOW GALLERY and PRAYING MANTIS, has provided DARKOLOGY with an eye-catching and very fitting cover painting.

The "Fated To Burn" title track can be streamed in the YouTube clip below.

According to a press release, DARKOLOGY's music features "ultra-tight, technical playing that serves the songs just right and remains transparent. The rhythm section just grooves wildly and delivers some impressive battery. And towering above all else, Sundown just redefines the term 'metal singer.' With some 15 different vocal styles, ranging from whispers to delirious screams and wails, he's as theatrical as they come. Imagine a guy with Ripper Owens' or Rob Halford's ra(n)ge, Jon Oliva's wickedness and Midnight's madness! Then multiply!" 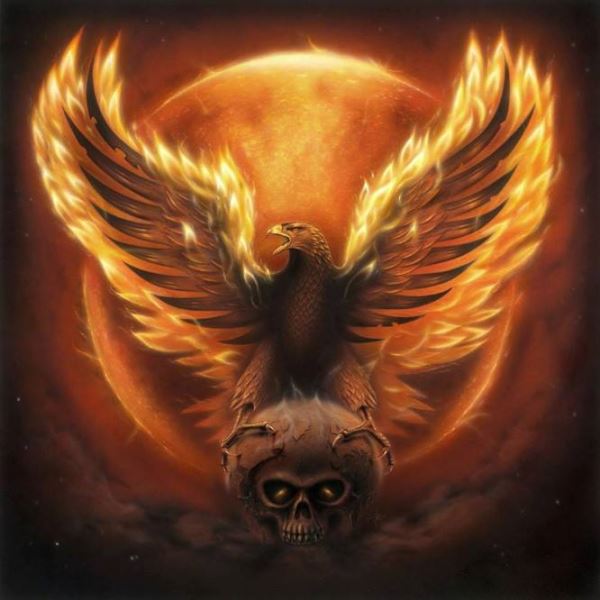