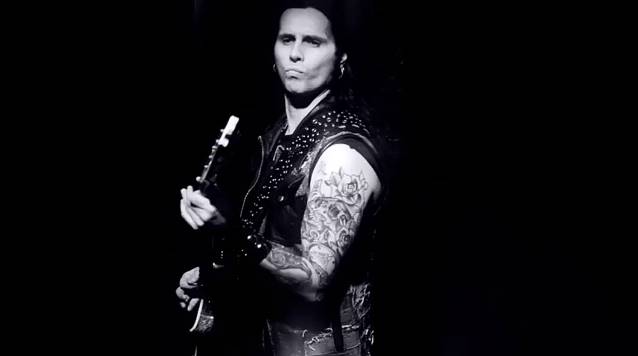 "Eyes Wide Open", the new video from Gus G. — well known in rock and metal circles for his work as Ozzy Osbourne's guitarist and as leader of his own band FIREWIND — can be seen below. The clip was once again produced by Patric Ullaeus of Revolver Film Company, who has previously worked with DIMMU BORGIR, LACUNA COIL, IN FLAMES, SONIC SYNDICATE and KAMELOT, among others.

"Eyes Wide Open" is taken from Gus G.'s debut solo album, "I Am The Fire", which entered the official chart in Greece at position No. 27. The CD sold around 700 copies in the United States in its first week of release.

"I Am The Fire" track-by-track breakdown:

"My Will Be Done" video: