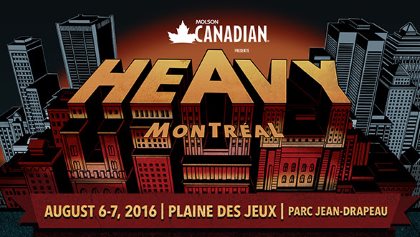 FIVE FINGER DEATH PUNCH, DISTURBED, NIGHTWISH and VOLBEAT are among the newly confirmed bands for this year's edition of Heavy Montreal, set to take place in August.

For the eighth edition of the constantly evolving festival, fans are invited to the Plaine des jeux on August 6 and August 7 — steps away from the Jean-Drapeau metro station on Île Sainte-Hélène — which will be specially set up to welcome thousands of fans to the site during two memorable days of rock celebration.

"We are still working hard to establish a formula that can meet the expectations of metal and heavy rock lovers, and we believe that we’ve found the ideal location to present the eighth edition of the festival in 2016," said Nick Farkas, vice president, concerts and events at Evenko. “We have a lot of confidence in the festival's potential, and we keep taking all the necessary steps to ensure that, as fans, the festival goers share an unforgettable experience all weekend long."

The Plaine des jeux site, which can accommodate 25,000 people, is well known by festival goers, who have been visiting it for several years. By bringing together the Heavy Montreal shows on three stages installed in a clearing surrounded by mature trees, the organizers want to create an intimate atmosphere that will heighten the magic of the moment. Festival goers will be able to fully enjoy this exceptional site and make it their own; the Plaine des jeux being the ideal location to live the rock and metal experience to the fullest.

The complete lineup for this year's festival is as follows:

A special BLABBERMOUTH.NETpresale will take place starting at 10 a.m. on Wednesday, February 3. Get early access to two-day weekend general admission passes at discounted rates, as per the following schedule:

In addition to reduced pricing for the BLABBERMOUTH.NET presale, one lucky buyer will automatically be entered for a chance at winning a free Gold weekend pass upgrade. The winning fan will be selected at random by Evenko, promoters of the Heavy Montreal festival. Please bookmark this page and set a calendar reminder to access our unique presale link. Only fans that access our unique URL will be eligible for the chance to win this special VIP upgrade.

The public on-sale will commence on February 5 at noon eastern at the regular general admission pricing of $149.50 Canadian (approximately $105 U.S.). All prices indicated above include taxes and service fees. Weekend passes are valid for two days and are non-transferrable. 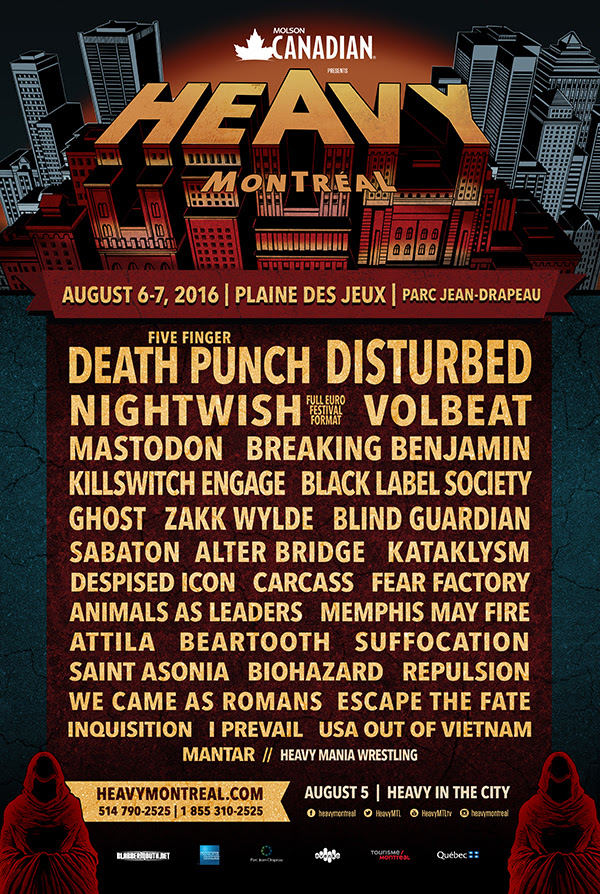