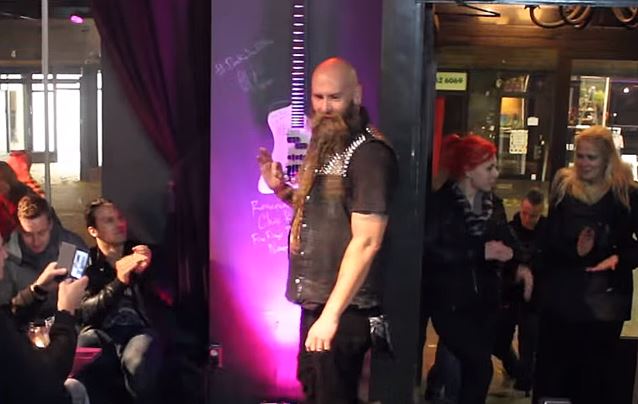 On November 2, FIVE FINGER DEATH PUNCH bassist Chris Kael donated his bass guitar to The Riff rock bar and café in Helsinki, Finland after playing a show in the city earlier that night to kick off of the band's European headlining tour. Video footage of Kael's appearance at The Riff can be seen below (courtesy of Kaaos TV).