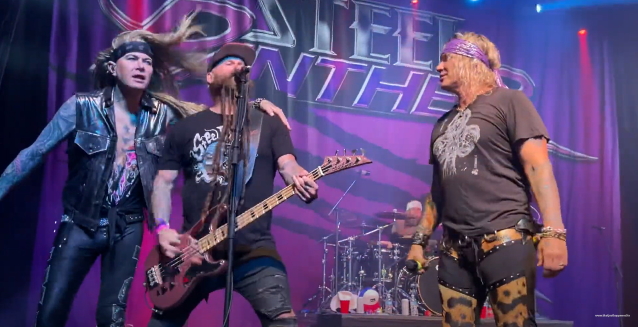 FIVE FINGER DEATH PUNCH bassist Chris Kael joined STEEL PANTHER on stage this past Friday, June 25 at Emo's in Austin, Texas to perform a cover of the JUDAS PRIEST classic "You've Got Another Thing Comin'". Video footage of his appearance — courtesy of That Just Happened — can be seen below.

Kael joined FIVE FINGER DEATH PUNCH in 2011 as the replacement for Matt Snell, who left the group a year earlier for reasons that have not been disclosed. Originally from Kentucky, Kael moved to FIVE FINGER DEATH PUNCH's home base of Las Vegas to pursue playing music full-time. He said in a statement about landing the job: "Never give up on your dreams. I'm living proof that with hard work and a little bit of luck, they can come true."

This past April, STEEL PANTHER confirmed that it has commenced the recording process for its sixth studio album. The follow-up to 2019's "Heavy Metal Rules" will tentatively arrive before the end of the year. 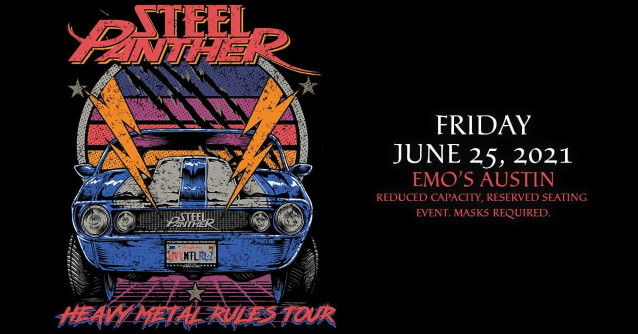